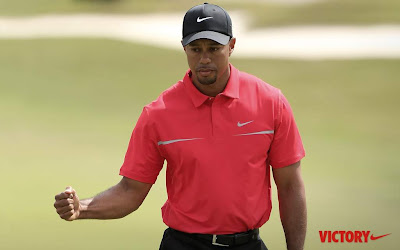 Helping to capture his 17th World Golf Championship win was his bag of 14 Nike clubs, including his Nike Method 001 putter. Woods was second in putts per round draining a total of 27 birdies, just one short of his record for the tournament.

Woods produced a career-best 100 putts for the tournament with technology that has been instrumental in his last six PGA Tour wins for the Swoosh. The Nike Method franchise features Nike’s polymetal groove technology, generating a faster forward roll at impact for increased accuracy and less skid.

The newest addition to Woods’ bag this week is the Nike VR_S Covert 5-wood. The VR_S Covert features high speed cavity back technology, moving weight to the perimeter to increase forgiveness and add even more distance to off-center shots.

On his switch to the new VR_S Covert 5-wood, Woods said, “I hit it a little bit further, so there's a little bit bigger gap between the 3-iron and the 5-wood, but I can hit this 5-wood a little bit higher, so I can actually take something off it and throw it up in the air, which is nice.”

Suzann Pettersen and Scott Brown also secured victories this weekend on their respective tours. Pettersen came from two behind to capture the trophy at the Mission Hills World Ladies’ Golf Championship. Pettersen, who has the new Nike VR_S Covert Tour driver in her bag, had a bogey-free final round, sinking six birdies with her Nike Method putter.

Brown secured his first PGA Tour win at the Puerto Rico Open with 14 Nike clubs in the bag. Brown went from a one-shot deficit to a one-shot victory Sunday when he drained a birdie putt on the 18th with his Nike Method putter. Brown earned a two-year exemption on tour and a spot in the PGA Championship this summer.