(New York, NY) — Bobby Jones — a division of the W Diamond Group — has partnered with world-renowned putting instructor Marius Filmalter.  As part of the deal, Marius - a GOLF Magazine 2009 Innovator of the Year recipient, will showcase the latest in fashions from Bobby Jones during his teaching sessions, photo shoots and all other promotional and instruction-based activities in which he engages throughout the season. 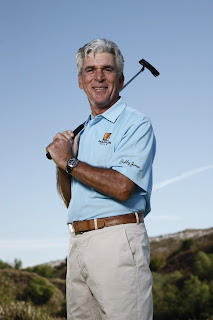 Marius who is a professional golf instructor and research scientist that has spent over two decades studying and identifying the factors that allow golfers to perform at the highest levels; specifically those that translate to the fine motor skills involved in putting, currently serves as a regular contributor to GOLF Magazine.  He counts PGA TOUR and Champions Tour icons such as Jason Dufner, Ernie Els, Brad Faxon, Trevor Immelman, Mike Weir and YE Yang among his numerous clients.  Marius has measured over 60,000 professional and amateur putting strokes giving him the world’s most extensive putting performance database.

“I am honored to be associated with the Bobby Jones brand,” said Filmalter.  “I will wear the brand and clothing with the dignity and respect that Bobby Jones displayed as a player, competitor and ambassador to the game of golf. May his legacy live on.”

“It is hard to have a conversation with today’s TOUR players about putting without Marius’ name coming up,” said Andy Bell, President of Bobby Jones. “His love of the game and the passion with which he goes about his craft is on par with that of Mr. Jones, himself.  So, we’re confident that partnering with Marius is a great way to ensure that the tradition of excellence our namesake established carries on.”

For nearly two decades, Bobby Jones has provided luxury men’s and women’s sportswear, including polo shirts, button downs, shorts, slacks and sweaters/knits to demanding consumers looking to exude a classy, cool confidence on and off the course.  The Bobby Jones brand can be found at the finest golf clubs, resorts and haberdasheries in the world.