ShopRite Donates More Than $1.5 Million for Local Charities at the 2021 ShopRite LPGA Classic Presented by Acer 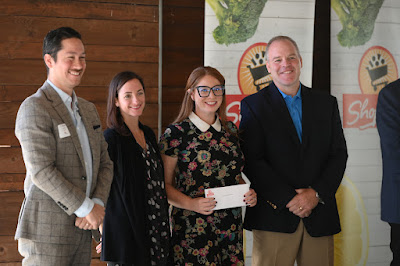 Since 1992, More Than $38 Million has been Donated to Area Hospitals, Food Banks, Education and Youth Programs

(GALLOWAY, N.J.) – The annual ShopRite LPGA Classic Presented by Acer this past week brought the most talented women in professional golf to the classic Bay Course at Seaview, A Dolce Hotel in Galloway, New Jersey, while also bringing together organizations that serve people in need. On Friday, Oct. 1, dozens of nonprofits received grants and donations totaling more than $1.5 million during a luncheon hosted by Wakefern Food Corp., the logistics, merchandising, and distribution arm for ShopRite stores.

Since 1992, more than $38 million has been donated to area hospitals, food banks, education and youth programs from the ShopRite LPGA Classic Presented by Acer.

For nearly three decades, golf fans from across the northeast have come to Atlantic County and the Jersey Shore to watch the top female golfers in the world compete on the famed waterfront course. The tournament not only hosts one of the strongest fields in women’s professional golf, it annually creates more than $19 million in new economic activity in the region.

“The ShopRite LPGA Classic brings everyone together to support incredible organizations that battle hunger, help children and families, and invest in new research for the treatment of life altering diseases,” said Wakefern’s Chief Communications Officer, Karen Meleta.  “The entire ShopRite and Wakefern team could not be more proud of our long-standing partnership with the LPGA Tour that has raised $38 million for charitable causes that are improving lives as a result of the championship.”

"ShopRite’s commitment is critical to the ongoing success of the tournament,” said Tim Erensen, Managing Partner at Outlyr, which owns and operates the event. “Their support and charitable contributions are unmatched on Tour and we could not be prouder to have them as our partner and title sponsor in one of the strongest events on the LPGA Tour."

Celine Boutier matched a career-low score on Sunday with a final-round 63 to reach 14-under par overall, holding off World No. 2 Jin Young Ko and No. 3 Inbee Park and a charging Brooke Henderson, for her second LPGA Tour title of her career. This year’s event also featured an all-women broadcast team, marking the first-ever all-woman golf broadcast team in U.S. television history. The 132-player field competed over three rounds for a total purse of $1.75 million and was broadcast to over 500 million households in 175 territories around the world.