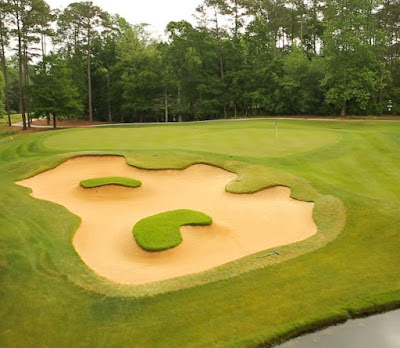 Rankings Were Based on 144,000 Golfer Generated Reviews

(MYRTLE BEACH, S.C.) -  Golf Advisor, Golf Channel’s travel portal, has released its ranking of America’s Top 50 Public Courses, based on the evaluation the game’s most important ratings panel – golfers – and a pair of Myrtle Beach courses made the list.

Golf Advisor ranked Caledonia Golf & Fish Club as the nation’s 33rd best public course in 2018 and TPC Myrtle Beach was 49th. The rankings were compiled based on the reviews of 144,000 golfers, and courses were evaluated based on value, conditions, layout, pace of play, friendliness and off-course amenities.

A consensus top 100 public course, Caledonia is renowned for its lowcountry beauty and pristine conditions. The Mike Strantz design plays through land that was once home to a thriving rice plantation.

The live oak trees draped in Spanish moss, the marshy waters of the Waccamaw Neck, and Strantz’s architectural brilliance combine to make Caledonia one of America’s premier public golf experiences.

Golf Advisor also ranked the top 25 courses in the nation based on conditioning, and Caledonia was 12th on that list.

TPC Myrtle Beach, which is celebrating its 20th birthday in 2019, has been among the area’s premier courses since its opening. The Tom Fazio design, which hosted a Senior PGA Tour Championship, was the long-time home of PGA Tour superstar Dustin Johnson and remains the home of his namesake golf school.

Golf Digest has ranked TPC Myrtle Beach among America’s 100 Greatest Public Courses, and the experience reaches its peak with two of the area’s strongest finishing holes. The par 3 17th hole plays to a peninsula green and the 18th is a risk-reward par 5 that provides a dramatic close to a memorable round.

Golf Advisor also ranked the best public courses in each state, based on reader evaluations, and eight Grand Strand layouts finished among South Carolina’s top 25. Caledonia and TPC were second and third, followed by the Dunes Golf & Beach Club (No. 7), Avocet Course at Wild Wing Plantation (No. 9), Barefoot Resort’s Dye Course (No. 18), Tidewater Golf Club (No. 22) and Prestwick Country Club (No. 24).

For more information, go to www.PlayGolfMyrtleBeach.com.
Posted by Blogger at 7:00 AM