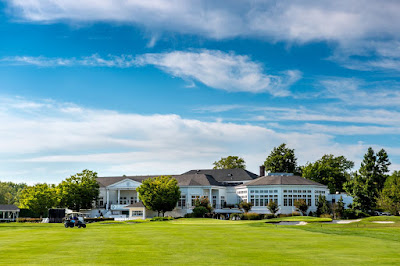 (Scottsdale, Ariz.) – Troon, the leader in golf course management, development, and marketing, has been selected to manage The Woodmere Club, a private club in Woodmere, New York. The historic Long Island club was recently agreed to be purchased by Robert Weiss and Efrem Gerszberg, principals of Weiss Properties and 2020 Acquisitions. As part of the purchase Weiss and Gerszberg have agreed to operate and grow The Woodmere Club for at least 5 years.

In addition to selecting Troon as the club’s management company, Weiss and Gerszberg and are offering an aggressive new membership program at a remarkably low rate, given the club’s prominence and Long Island location. The first 30 members to join under the new program will pay $11,500 in annual dues, which provides access to all club facilities for the primary member. A spouse and dependents may be added for an additional $1,000.

“We’re thrilled to have Troon Privé manage The Woodmere Club,” said Gerszberg. “They are the best in the private club industry and will operate Woodmere as a Class A private club.   Our new membership program is meant to breathe new life into this historic club. Current members are excited about the changes we’re making and about the future of The Woodmere Club.”

“Our commitment to running a first class private club will extend for at least 5 years.  We are offering an unbelievable opportunity for members to join now and receive a multi-year commitment,” Weiss added.

The Woodmere Club was founded in 1908 as a tennis club, and at a different site in the Village of Woodsburgh. The club moved to its present location in 1910 after purchasing additional property and leasing adjacent land. Woodmere's beautiful colonial clubhouse was built as a home in 1908, and later remodeled to be the golf clubhouse. The clubhouse and the original Jack Pirie-designed golf course opened on Labor Day 1910. Over the years, the course has undergone a number of updates and renovations. In 1949, Robert Trent Jones was commissioned to build an entirely new back nine. In 1986 and 1987, bunkers were remodeled by golf course architect Brian Silva. And, after Hurricanes Irene and Sandy passed through in 2011 and 2012 respectively, the 4th and 10th holes were redesigned by Mike Nuzzo.

For additional news and information, visit www.Troon.com.
Posted by Blogger at 3:01 PM