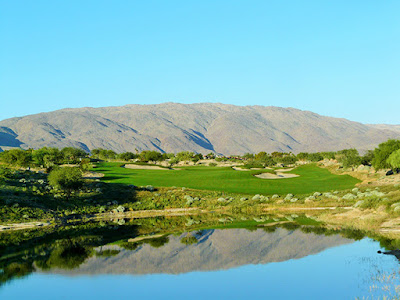 (BORREGO SPRINGS, Calif.) — Rams Hill Golf Club was recently ranked the top golf course in the nation by Golf Advisor, which bills itself as “the leading source of golf course ratings and reviews by golfers, for golfers,” on the website’s 2016 list of the “Top 50 Golf Courses in the U.S.” Rams Hill beat out more than 2,000 U.S. golf courses that received at least 15 Golf Advisor reviews, ahead of some of the most prominent courses in the country.

A Tom Fazio design that is set in the Southern California desert 75 miles east of San Diego, Rams Hill earned its lofty place on the list because it “most consistently met or exceeded their paying customers' expectations,” according to Golf Advisor. That has been precisely the mission of Rams Hill since the 7,247-yard, championship layout reopened to the public in November 2014.

“The Golf Advisor ranking validates our vision for Rams Hill, and reaffirms everything we have been striving for with regard to the overall guest experience,” said Mike Setchel, who has served as Rams Hill’s director of golf since 2014. “We regularly hear feedback from guests that Rams Hill is the best conditioned public golf course they have ever played, and the Golf Advisor ranking further supports that sentiment.”

The Golf Advisor ranking marks another milestone in the remarkable rebirth of Rams Hill. Rams Hill was ranked No. 32 on Golfweek’s 2017 list of the “Best Resort Courses” in the U.S. Golfweek also rated it the No. 3 Resort Course in California, behind only Pebble Beach Golf Links and Spyglass Hill Golf Course. And in 2015, Golf Advisor also rated Rams Hill the best-maintained course in the country.

“My partner, Terry Considine, and I are honored to be ranked behind only Pebble and Spyglass, truly two of the best courses in the world,” said Bill Berkley, CEO and Co-owner of Rams Hill Golf Club. “During this time of the year our drier, sunnier, and warmer conditions make Rams Hill a great place to enjoy golf.”

Berkley and Considine, who are both real estate investors, purchased the Rams Hill property in 2013. Following significant capital and infrastructure investments the course reopened in 2014.

Perched high above the desert floor, Fazio’s masterpiece twists and turns through the hillside, while the lush conditioning and bentgrass greens provide an emerald-green oasis. Streaming water features amid the rugged surroundings provide a serene setting unlike any other golf course in the region.

“The course is unique because it’s completely surrounded by a 600,000-acre state park,” Berkley said. “The serenity, surrounding mountains, and the natural elevation changes have been molded by Mr. Fazio into a course that should be on every golfers bucket list.

“We set out to reopen a spectacular golf course that would far exceed the expectations of golfers in terms of design quality, conditioning, playability, and service, and we think we are succeeding in that goal,” added Berkley. “That vision has come to fruition, and it’s wonderful that it’s being recognized by both the golf raters, and more importantly, the golfers who so enjoy playing Rams Hill.”

Rams Hill is open seasonally from November through June. For more information, visit www.ramshillgolf.com.
Posted by Blogger at 2:05 PM