(LOS ANGELES, Calif.) – Representing the advancement of diversity in the game of golf, Kevin M. Hall has been awarded the Charlie Sifford Memorial Exemption to play in the 2017 Genesis Open. Hall is set to join the field of 144 players at The Riviera Country Club February 16-19. 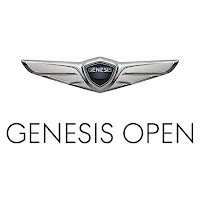 “It is with great pleasure that I accept the invitation in honor of Mr. Sifford,” Hall said. “I had the privilege to spend time with Mr. Sifford early in my golf career and I am very aware of his history. I am very excited for the opportunity to tee it up with the best players in the world and compete in such a prestigious event as the Genesis Open on behalf of the late Charlie Sifford.”

Hall, 34, has been shattering stereotypes his entire life. Before his third birthday, Hall lost his hearing due to H-Flu Meningitis. While enrolled at the St. Rita School for the Deaf in Cincinnati, Ohio, Hall picked up the game of golf at the age of nine and quickly progressed in the game. By high school, Hall was competing in athletics through his local public school, Winton Woods High School in Cincinnati, Ohio, ascending to the number one ranking for junior golfers in the city by his senior year.

In May 1999, a 16-year-old Hall attended a golf clinic at Glenview Golf Course in Cincinnati hosted by Tiger Woods and the Tiger Woods Foundation.

“Tiger told me to have a wider extension on the take-away,” Hall remembers. “It helped me hit the ball farther and straighter. Tiger then looked at me and said ‘see you on TOUR someday.’”

In addition to receiving swing tips from Woods at the clinic, the foundation selected Hall to participate in the 1999 Junior World Golf Championships in San Diego, CA. At the time, Tiger Woods Foundation was given 18 exemptions into the junior tournament. Hall would graduate as Valedictorian from St. Rita School for the Deaf and attended The Ohio State University on an academic and athletic scholarship.

At Ohio State, Hall became the school’s first African American to play golf on scholarship and was named a team captain during his junior and senior seasons. Hall led the Buckeyes to a Big Ten team title and captured the conference’s individual championship as well in 2004.

Following his graduation from Ohio State, Hall turned professional and is currently playing as a member on the SwingThought Pro Golf Tour and the Advocates Pro Golf Tour.

"The Sifford family is tremendously honored for the recognition of our father's accomplishments by the Tiger Woods Foundation and the Genesis Open,” Charles Sifford Jr. said. "We are most certain he would beam with pride and gratitude for this momentous honor of the diversity exemption in his name. It is really special coming from Tiger, knowing the bond that developed between him and my father."

“I’m incredibly proud to honor my hero Charlie Sifford through this exemption into the Genesis Open,” tournament host Tiger Woods said. “His sacrifices as a pioneer for golf allowed me to play the game.”

“As a graduate from The Ohio State University myself, I am elated to welcome Kevin M. Hall to the Genesis Open,” said Erwin Raphael, general manager of the Genesis brand in the U.S. market. “Beyond his excellent education choice, Kevin’s determination and drive to do the unexpected represents the best of us at Genesis and I look forward to rooting for him.”

Named in 2017 to honor the memory of Charlie Sifford, the annual PGA TOUR event at Riviera has given an exemption to a golfer representing a minority background for nearly a decade.

Tickets to the 2017 Genesis Open, starting at just under $20, are on sale now at GenesisOpen.com/Tickets.