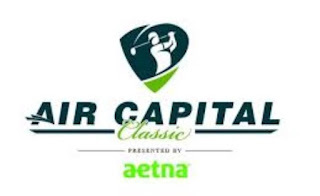 “The ultimate goal of the Swing Thought Tour has always been, and will always be, to help professional golfers achieve their dreams of playing at golf’s highest levels,” stated Swing Thought Tour president Robin L. Waters, PGA. “The game of golf is all about opportunities and the Air Capital Classic has been generous enough to provide this potentially life changing opportunity for one of our aspiring professional golfers. We’ve seen it several times before where one of our players gets into a Web.com Tour event, wins, and next thing you know they are competing on the PGA TOUR. We cannot thank the Air Capital Classic enough for providing this opportunity.”

The Air Capital Classic is one of four original Web.com Tour events that are still on the schedule. The Classic will embark on its 27th year at Crestview Country Club on Thursday, June 23rd through Sunday, June 26th. Wichita was on the Tour’s first schedule in 1990 as one of 30 stops on what was then the Ben Hogan Tour.

The tour has been the industry leader in event exemptions, having received 44 since the start of the 2010 season, including three into PGA TOUR events; the 2012 & 2013 Reno-Tahoe Open and the 2013 Sanderson Farms Championship. No other developmental tour has been anywhere close to the number awarded to the Swing Thought Tour in that time. The tour received a record eleven exemptions for the 2015 season including the Air Capital Classic, four into the BMW Pro-Am Championship, two into the Rex Hospital Open, and one each into the News Sentinel Open, the Utah Championship, the United Leasing Championship, and the Digital Ally Open. The Swing Thought Tour’s goal is to provide even more opportunities for the upcoming season.