(Covington, Ga.) – Bridgestone Golf, the #1 Ball-Fitter in Golf, is using what it has learned through more than 300,000 consumer golf ball fittings to produce the best tee-to-green performing balls ever made for amateur swing speeds.  Bridgestone’s new 2016 TOUR B330RX and TOUR B330RXS golf balls have been specifically engineered to produce longer drives and better spin around the green for players with swing speeds below 105 mph, using new proprietary AMATOUR Core and SlipRes Cover technologies. 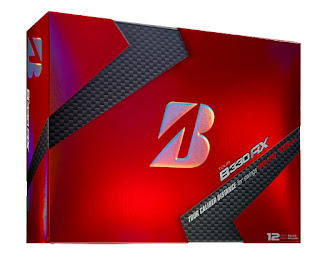 Historically, distance and spin has been a “give and take” relationship. To increase distance off the tee, players had to sacrifice spin around the green and vice versa. With Bridgestone’s 2016 Tour B330RX family, that is not the case.

Bridgestone’s 2016 B330RX Family features Bridgestone’s new AMATOUR Core, a new engine of the golf ball, that is 28% softer than the average firm tour ball core, and utilizes a steeper gradient in softness from the inner part of the core to the outer region, resulting in faster ball speed and more reduced spin off the driver than ever before.  In fact, the proprietary gradient technology in its core allows Bridgestone to accomplish in one layer what its competitors accomplish in two or three, leading to a smoother energy transfer and more power generated by the B330RX and B330RXS balls. 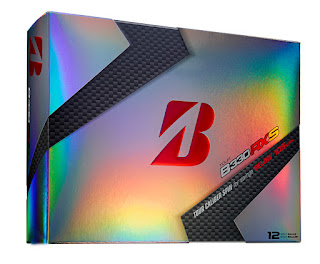 The innovation doesn’t stop in the core. Both models have received an injection of greenside spin as well, thanks to Bridgestone’s new SlipRes Cover.  The SlipRes cover leads to increased friction that keeps the ball more stable on the clubface, which results in more spin on short shots.  Simultaneously, SlipRes has the reverse effect off the tee, lowering driver spin due to that type of impact’s recoiling force, leading to longer distance.

An added benefit to the new SlipRes Cover is increased durability.  Due in large part to the cover’s innovative self-repairing formulation, the new B330RX and B330RXS golf balls are more resistant to stains and abrasions than ever before.

"The claims we’re making may seem unbelievable, and I wouldn’t have believed them myself if I heard them without having witnessed them firsthand in our R&D testing,” said Adam Rehberg, Golf Ball Marketing - Bridgestone Golf, Inc.  "We witnessed significant distance increases over major competitors in robot testing, while providing improved greenside spin. The truth of the matter is these balls perform better than anything currently on the market for swing speeds below 105 mph and golfers will notice immediately when they put them in play.”

Visit www.bridgestonegolf.com to learn more about Bridgestone Golf’s entire lineup of innovative products for 2016.
Posted by Blogger at 11:06 AM