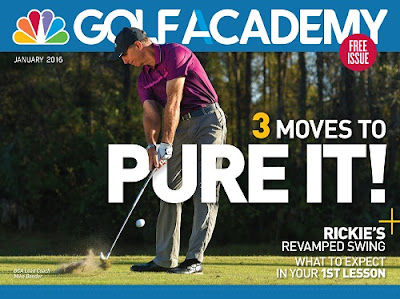 Other stories in the new issue include a swing analysis of Rickie Fowler, a Q&A with three former National Teachers of the Year on what students should expect on a first lesson, an in-depth look at the signature move of LPGA great Annika Sorenstam (including video), and a column on managing expectations by performance expert Rick Jensen.

The new app is available for both iPhone and Android through the App and Google Play stores. Search “Golf Channel Academy Magazine” on both stores. The app optimizes the reader’s digital reading experience for smart phones and tablets with easily clickable videos, as well as other exclusive features. The app is available free of charge.

To view the current issue of Golf Channel Academy Magazine, go to golfchannelacademy.com/magazine, where it’s also possible to download the app for either Apple or Android devices.

Golf Channel Academy currently has 68 locations in 25 states and Canada, making it one of the most expansive golf-instruction networks in North America. There are more than 200 lead and staff coaches, including 17 current members of Golf Magazine’s “Top 100 Teachers” list and 49 members of Golf Digest’s “Best Teachers in Your State” rankings. The Academy continues to grow, adding new facilities and coaches. For a full list of Golf Academy locations, go to www.golfchannelacademy.com.
Posted by Blogger at 8:39 AM