Golf In Sync to Exhibit at 2016 PGA Merchandise Show

(JUPITER, Florida) – Golf In Sync, a highly-effective training aid mostly for honing the short game, will exhibit in booth #2159 Jan. 27-29 at the 2016 PGA Merchandise Show, at the Orange County Convention Center in Orlando, Fla. Attendees are invited to try Golf In Sync to experience its extraordinary design and efficacy for practicing every shot. 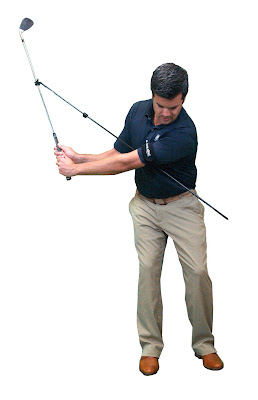 “Building on the great reception Golf In Sync received at last year’s PGA Merchandise Show, we look forward to displaying this outstanding training aid again this year,” said Laurent-Alix Huguet, CEO of H4Distribution, which distributes Golf In Sync throughout the U.S.

Following up on its successful launch to the U.S. market last year, Golf In Sync is the subject of a promotional initiative on Golf Channel throughout January. Golf In Sync appears in a series of 30-second and 60-second commercials, exclusively on Golf Channel. The short and longer versions will air in 191 Golf Channel Spots the weeks of Jan. 11, 18 and 25, during both daytime and evening programming.

About Golf In Sync
A simple yet remarkably effective teaching and training tool, Golf In Sync is beneficial to golfers of all skill levels. Many individual golfers are realizing the advantages of Golf In Sync, which also is in use by an increasing number of golf instructors across the U.S. Among instructors currently using Golf In Sync as part of their teaching programs are Dawn Mercer, PGA, director of golf instruction at the Innisbrook Golf & Spa Resort, in Palm Harbor, Fla.; Martin Chuck, PGA, Tour Striker Golf Academy and Coaching Programs, in Chandler, Ariz.; and Martin Hall, PGA and Master Professional, PGA of Great Britain, director of instruction, the Ibis Golf Academy at Ibis Golf & Country Club, in West Palm Beach, Fla.

The straightforward yet sophisticated design of Golf In Sync provides an exceptional augmentation to any golfer’s practice routine, leading to noticeable and repeatable game-improvement techniques.

Golf In Sync, which made its U.S. début at the 2015 PGA Merchandise Show, already is in use by many golf instructors, academies and avid golfers in Europe and around the globe. Now it is gaining rapid and wide recognition throughout North America, too.

Among training aids, Golf In Sync emerges as extraordinary. Straightforward in design yet brilliantly effective in synchronizing and honing the swing, Golf In Sync, invented by Swedish golf instructor Niklas Eliasson, has been discovered by serious golfers worldwide. Primarily for refining the short game, Golf In Sync helps a player perform a synchronized swing in which body rotation generates power and in which the arms, hands and club naturally follow the body’s motion. Also useful for full-swing training, Golf In Sync enhances a player’s understanding of the value of consistently repeating a successful swing movement during training and practice.

For more information, see www.golfinsyncusa.com.
Posted by Blogger at 2:59 PM