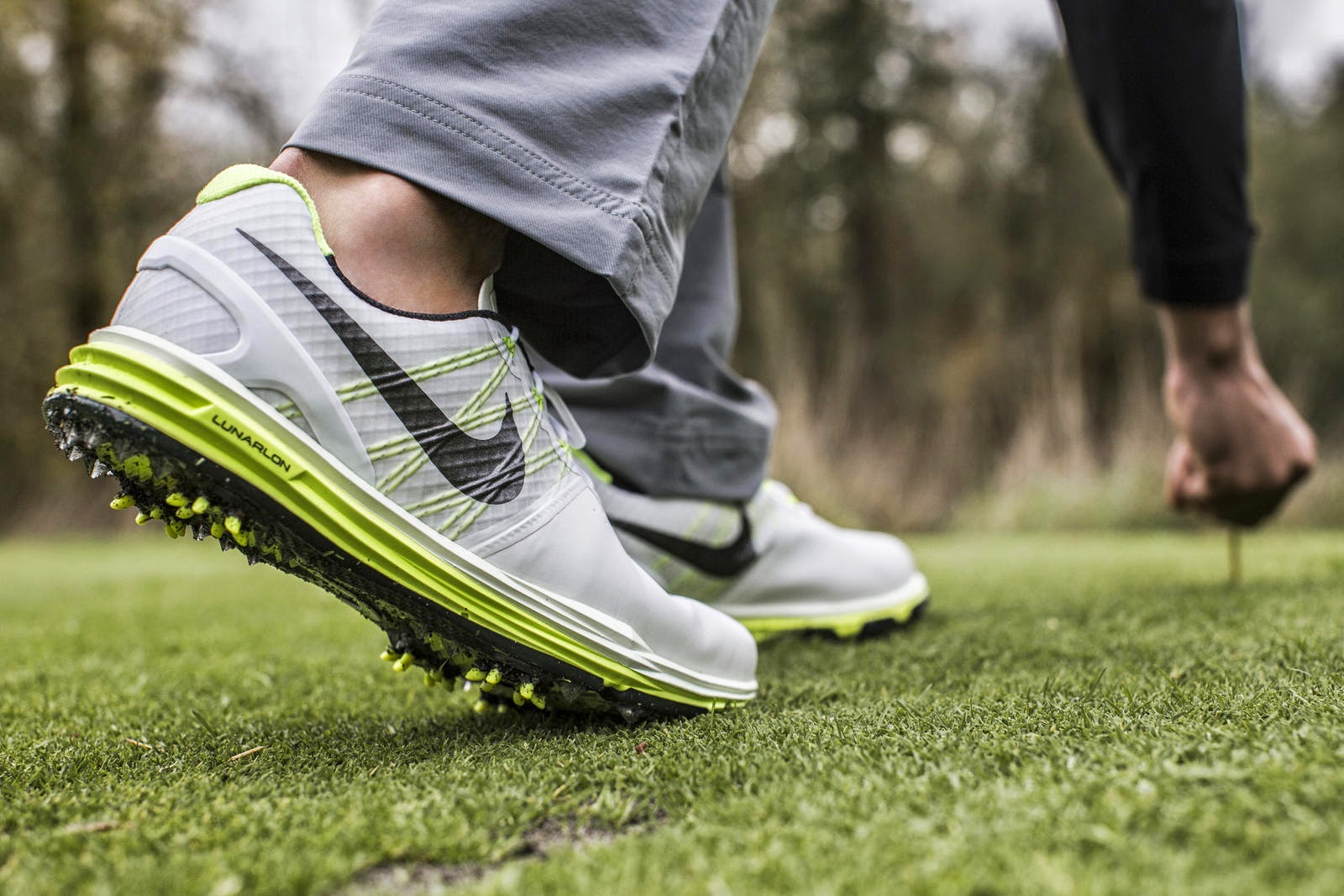 (RELEASE) - Nike Golf is laser-focused on gaining athlete insights to innovate with one thought in mind: Make everything better so golf athletes can perform at their best. The new Nike Lunar Control 3 shoe is no exception.

Nike designers incorporated feedback from Rory McIlroy, the No. 1 golfer in the world, and created the ultimate lightweight performance golf shoe that is more stable and comfortable while maintaining lightweight control.

For McIlroy, who has one of the most powerful golf swings on the planet, stability and control from the ground up are critical. Because of the rotating force in his swing, McIlroy challenged Nike designers to create a solution that provides better traction, prevents slipping and retains the control needed to generate power and speed. Nike designers responded by adding an extra spike on the newer model in the medial forefoot on the outsole and secondary traction elements in the Nike Lunar Control 3.

“Rory worked with us to increase the stability of the shoe,” said Carl Madore, Nike Golf Innovation Design Lead. “To achieve that, we not only added a spike, but also brought the traction to the outside of the leading edges of the shoe to create that stable base. In the past we had a lot of spikes a little bit inboard and we really wanted to focus on bringing them to the perimeter to leverage that stability piece.”

The Nike Lunar Control 3 also features a wider base for increased stability and to allow the golf athlete to maintain contact with the ground for as long as possible through impact. A carbon fiber midfoot shank also delivers lower, lighter and more stable control.

“I love the look of the shoe and how much lower to the ground it makes me feel,” McIlroy said. “With the increased traction and stability I am able to be more aggressive with my swing, and do not have worry about slipping.”

Like its predecessors, the upper of the Nike Lunar Control 3 utilizes Nike Flywire technology for adaptive lateral support while using more robust cables to help secure the foot effectively.

“It is the Nike Flywire in conjunction with the extra traction that help athletes maintain control,” Madore said. “With Rory, he creates so much torque that we are leveraging the Flywire in the midfoot to contain his foot. It is basically the symbiotic relationship between the outsole and the Flywire that is the key to the whole design of the Nike Lunar Control 3.”
The upper of the shoe is made from a microfiber synthetic to offer water resistance, better durability and a great fit right out of the box.

The Nike Lunar Control 3 will be available Jan. 1 and will also be on NIKEiD for customization starting on Jan. 12.

A limited offering of the white and volt colorway will be sold online for four days starting Nov. 28.