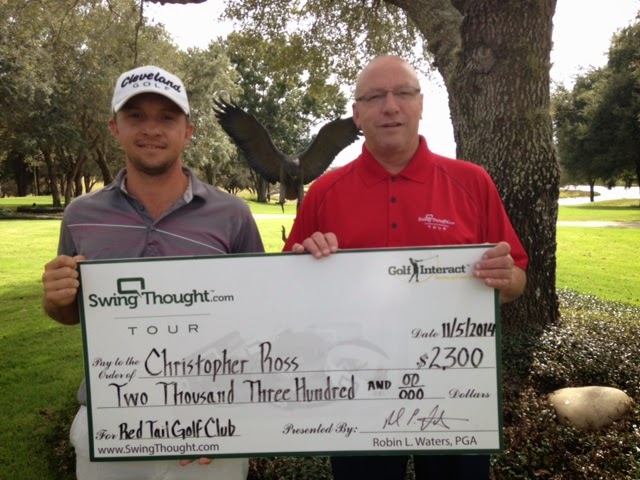 Ross almost claimed his 7th earlier this week. However he lost in a playoff, but bounced back and took care of business this time to claim his $2300 first place check and move into third on the SwingThought.com Tour Winter Series Money List. Ross' game plan was simple; make some birdies and hit a lot of fairways. His new 3 wood could be the key to his good play as he gave himself great looks at threes and fours on the par 5's both days and capitalized off of the opportunities. This is the same 3 wood he made his third Albatross of the year with just last week and since has made two eagles as a result. Heading into second stage of Web.com Q School next week, posting a 66 in the final round was extremely important to Ross to help carry him into next week. According to Ross, the win and great final round, “are a big time confidence booster.”  Ross finished eagle-birdie just to get into the playoff with Winings and then had to birdie the final two playoff holes of the four to capture the win.

During the 18-hole Monday November 3rd event at RedTail it was Tulsa alum Stephen Carney, out of Tulsa, Okla., who bested Ross on the first playoff hole to earn his 1st professional win. In addition to the $800 1st place prize check, Carney received free entry into the 2-day RedTail event. Toronto’s Szirmak finished in solo 3rd in the 18-hole event. 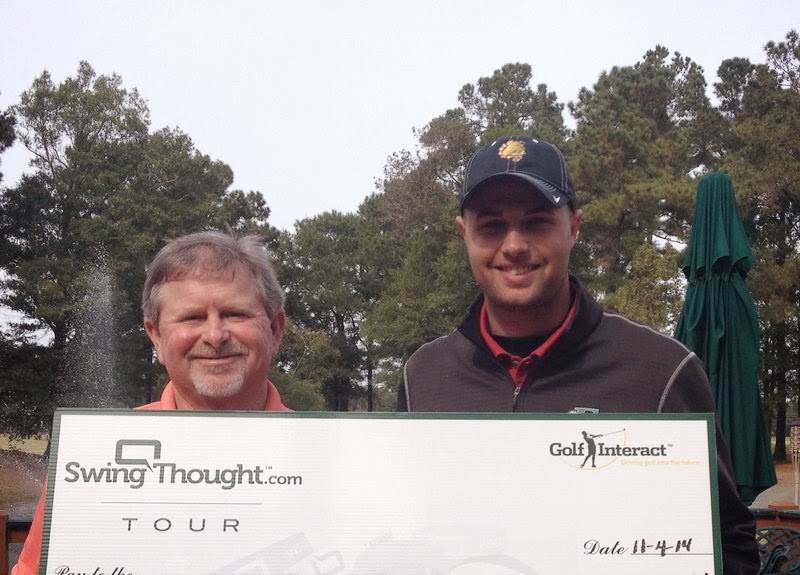 While Ross was winning in Florida, fellow EMU alum Spencer Slade was getting another pro win for the former Eagles. Slade won the SwingThought.com Tour Carolina Winter Series event held November 3-5 at Meadowlands Country Club in Calabash, N.C. Unlike Ross, Slade got his win in regulation finishing two strokes better than Griffith Hunter, out of Radford, Va., and Taylor Pendrith, out of Ontario, Canada. Malone University alum Tyler Light, out of Massillon, Ohio, finished in solo 4th.

Slade, a former Cleveland.Srixon sales rep, birdied four of his final five holes to secure the win and $2,120 first place check. It was his second win on the young season and he credited patience, focus, and timely putting for the performance.

Earlier in the week it was Pendrith, who starred at Kent State, who got the win in the single day 18-hole Meadowlands event held on Sunday November 2nd. Light finished 4 shots back alone in 2nd while eventual 3-day event winner Slade finished tied for 3rd.

For more information on the new SwingThought.com Tour or to Join, visit swingthought.com or call 800-992-8748.
Posted by Blogger at 9:08 AM