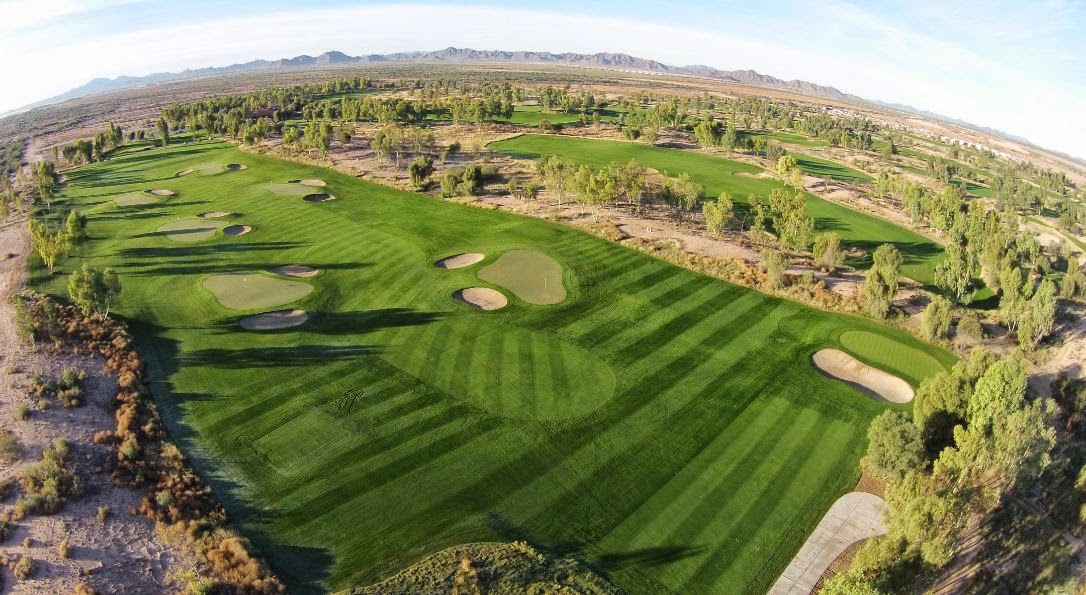 (Maricopa, Ariz.) – Ak-Chin Southern Dunes Golf Club, named among the “Top 100 Courses You Can Play” by Golf Magazine, has unveiled exciting new improvements after a major renovation  project that has improved the playability of the course while maintaining the challenges and shot-values enjoyed by experienced golfers.

The enhancements included a complete bunker renovation, additional tee boxes, expanded landing areas, and other design improvements on several holes. Among the most celebrated changes is the new hybrid practice facility, which serves as a six-hole short course called #miniDunes in the afternoon and a traditional driving range during peak times of the day. The driving range was completely renovated with the addition of six tees and six target greens built to USGA specifications. The name #miniDunes embraces a theme to appeal to a younger audience by being among the first golf courses to incorporate a hashtag in its name.

“#mini Dunes will serve as our laboratory to grow the game,” stated Brady Wilson, general manager, Ak-Chin Southern Dunes Golf Club. “We are going to use this facility to introduce new golfers, both young and old, to the game of golf.”

To ensure the integrity of the award-winning design at Ak-Chin Southern Dunes, original course architects of Schmidt-Curley Design was brought in to lead the project. In all, 83,000 square feet of bunkers were removed from the course's original total of 480,000 square feet. Major improvements also include significant turf expansion between many of the forward tees to eliminate unnecessary forced carries for those choosing to "tee it forward" or are still learning to consistently hit shots in the air.

Additional enhancements included re-vegetation of native grasses and many transitions between bunker edges and native desert. A new back tee was added on No. 1 (a change made with the experienced golfer in mind) while new forward tees were added on holes 6, 8, 12, 15 and 17. Improvements on No. 17 also include a nearly full-redesign with an expansion of the green, reshaping of a large dune to open sightlines to the hole, and changes to the bunker complex around the green.

The changes at Ak-Chin Southern Dunes make a major statement in the industry by taking action to make the golf experience more enjoyable for a broader range of golfers and creating an environment suited for juniors and players who are new to the game. The course is ideally suited to appeal to both resort-style play and competitive tournaments.

The Arizona Golf Association recently re-rated the rating/slope of the course, determining that the “tips” received a more difficult rating/slope, the “black tees” remained the same and “gold, blue and white tees” received a lower course rating/slope.

“These new ratings confirmed what we set out to do at the onset of the project – to make the golf course more playable for the average player, while maintaining and increasing our championship pedigree,” said Wilson.

For more information on Ak-Chin Southern Dunes Golf Club, visit www.golfsoutherndunes.com
The Ak-Chin Indian Community, which owns the nearby Harrah's Ak-Chin Casino and the UltraStar Multi-tainment Center at Ak-Chin Circle, has brought together championship-style golf and world-class gaming and entertainment. Gaming and golf packages are now available through Ak-Chin Southern Dunes, creating a truly exciting and multi-faceted destination, pleasing to a wide range of visitors. The course sits on 320 acres of land that was once a part of the Ak-Chin's original May 1912 reservation before it was removed by Presidential Executive Order in late 1912. Nearly 100 years later in 2010, the Community recovered its sacred land when they purchased Ak-Chin Southern Dunes after it was originally developed as a private club. The course currently boasts several coveted accolades that include Golfweek’s list of the “Top 100 Resort Courses,” “Best Courses You Can Play,” and “Top Casino Courses,” as well as Golf Magazine’s list of “Top 100 Courses You Can Play.”