Eleven past champions scheduled to compete at The Broadmoor in Colorado Springs, June 28-July 1

(LIBERTY CORNER, N.J.) – The United States Golf Association (USGA) announced that it has accepted 2,738 entries for the 39th U.S. Senior Open Championship, scheduled for June 28-July 1, 2018 at The Broadmoor (East Course) in Colorado Springs, Colo. Eleven past champions are among the 75 players who are currently fully exempt into the championship. 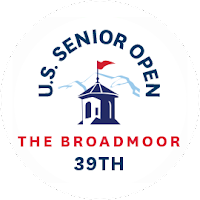 “The U.S. Senior Open is considered senior golf’s most coveted championship and there is once again great interest in competing for the Francis D. Ouimet Memorial Trophy,” said Stuart Francis, USGA Championship Committee chairman. “As The Broadmoor celebrates its centennial, the East Course will provide an ultimate test for the players and an outstanding venue for fans to witness the game’s greats.”

The U.S. Senior Open is open to professional golfers, and amateurs with a Handicap Index® not exceeding 3.4 who are 50 years of age at the start of championship play.

Sectional qualifying will be played over 18 holes at 34 sites across the United States between May 21 and June 11. There are qualifying sites in 26 states, including five in California, three in Florida and two in Pennsylvania and Texas. In addition, places in the 156-player field are reserved for eligible winners of official PGA Tour and PGA Tour Champions events in the weeks remaining before the 2018 U.S. Senior Open.

The USGA accepted entries from golfers in 48 states, including 106 from Colorado, and the District of Columbia, as well as 27 foreign countries. The record for entries was established in 2002, when 3,101 golfers applied to play.

This will be the third U.S. Senior Open in Colorado and the second at The Broadmoor. Eduardo Romero won at The Broadmoor in 2008, defeating Funk by four strokes. Romero became the second Argentinean to win the Senior Open, joining 1980 champion Roberto De Vicenzo. In 1993, Jack Nicklaus won by one stroke over Tom Weiskopf at Cherry Hills Country Club, in Cherry Hills Village, Colo.

The Broadmoor is hosting its eighth USGA championship. Two of the greatest players in golf history have earned titles at the acclaimed resort. Nicklaus won the first of his two U.S. Amateurs in 1959 while Annika Sorenstam captured the first of her three U.S. Women’s Opens in 1995. The Broadmoor also hosted the 1967 U.S. Amateur (won by Robert B. Dickson), 1982 U.S. Women’s Amateur (won by Juli Inkster), 2011 U.S. Women’s Open (won by So Yeon Ryu) and the 1962 Curtis Cup Match.

For the eighth consecutive year, only online entries were accepted, beginning on March 7. Wesley Pacheco, a 52-year-old amateur from Jacksonville, Fla., submitted his entry 2 minutes and 37 seconds before the deadline of 5 p.m. EDT on May 16. Gary Albrecht, a 61-year-old amateur from Denver, Colo., was the first entrant.

More information about the U.S. Senior Open before, during and after the 2018 championship at The Broadmoor can be found at www.usga.org.
Posted by Blogger at 8:49 AM