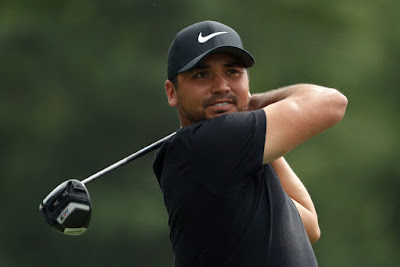 (RELEASE) - Armed with full 14-club bag of TaylorMade metalwoods, irons, wedges, putter and TP5x Golf Ball, Day captures his second PGA TOUR title of the season and is projected to elevate to #7 in OWGR.

What You Need to Know:
- TaylorMade’s 2018 M Drivers featuring Twist Face Technology now have victories in 7 tournaments on the PGA TOUR this season and 9 worldwide.
- Day plays a 9.5° M3 driver set two clicks lower with booth weights in the center track. He switched from the 10.5° M3 he had been playing previously due to a desire for less spin. Day loves Twist Face Technology in the M3 because it minimizes the diving hooks he occasionally misses with on high-toe strikes. For the week, he averaged over 325 yards off the tee.
- Day's victory is his second PGA TOUR title this season (Farmers Insurance Open) and the 12th of his career. Since his last start at the Wells Fargo Championship in 2012, Day has won 10 times on the PGA TOUR.
- Day recently made a switch into the P730 irons after spending a day with the Tour team in advance of the Masters. His speed is back where it was a few years ago, so the P750s were slightly over-spinning. Not only do they bring down the flight of his shots, he loves the look of the blades. Similar to his P750s, he has them equipped with his trusted True Temper Dynamic Gold X7 shafts.
- Day has praised the performance of the TP5x golf ball since he first put it into play at the Tournament of Champions in Kapalua last year and has played it ever since. It's the 6th win on the PGA TOUR this season for TP5(x), with Day joining Rose, Johnson, Rahm and McIlroy (in addition to his win at Farmers).
- Using his trusted Spider Tour Red putter he himself made one of the most popular models on Tour and TaylorMade's most sought-after putter in the lineup.
- Day is ranked #1 in Strokes Gained Putting this season (+1.368) and has made 100% of all putts inside 5 feet and 93% of all putts inside 10 feet season-to-date.
- Spider Tour putters were the #1 model in Charlotte, the 15th time this season they've led model count on Tour.