Rocco Mediate, Kenny Perry, Doug Garwood, Tim Petrovic and Others in the Field will Tee it up with Innovative Driver

(Jupiter, FL) - When John Daly captured the 2017 PGA TOUR Champions Insperity invitational, it marked his first professional victory since 2004. As the two-time major champion returns to Woodlands, TX this week to defend his title, Daly will once again be armed with his secret weapon… the Vertical Groove Driver. 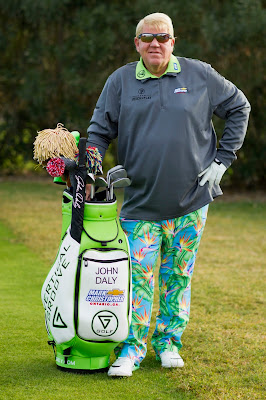 To complement the drivers in the field, former major champion Mark Calcavecchia will have the recently introduced Vertical Groove 3-wood in his arsenal.

“The Vertical Groove Driver delivers increased distance and better accuracy, and the performance of the product continues to be validated at the highest level -- TOUR success,” said Rubin Hanan, COO & Managing Partner, Vertical Groove Golf.  “Last year we were the #3 driver played on the PGA TOUR Champions, and with more than 10 professionals competing with the driver this season, we continue to raise the bar.”

The 450cc Vertical Groove Driver, which is available in both right and left handed models, is offered in 8, 9.5, 10.5 and 12 degree lofts (right) and 9.5 and 10.5 degree lofts (left), while featuring a full range of Aldila premium grade, tour-proven aftermarket NV2K series shafts as standard.  The available flexes include: 45 gram L (Ladies), 50 gram A (Senior), 55 gram R (Regular), 65 gram S (Stiff) and 65 gram X (Extra-stiff).   At a length of 45.5 inches, the Vertical Groove Driver provides an optimum launch angle while maximizing carry distance and ball speed for many players. It is equipped with Golf Pride Tour Velvet grips in standard, midsize and oversize models.  Alternative shaft options from Fujikura, Mitsubishi and Aldila will also be available. Suggested retail price of the Vertical Groove Driver is $399.99.