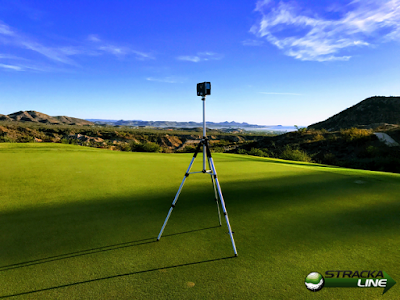 (San Diego, Calif.) – Hillendale Country Club, one of the Baltimore, Md., area’s most prominent courses, had StrackaLine scan its greens and produce the company’s industry-leading greens guides in advance of hosting a U.S. Open qualifier.

The course hosted the qualifier on May 14 and sold its allotment of 75 books.

“Given the stakes, competitive golfers want as much information as possible at their disposal, and our StrackaLine greens guides are an invaluable asset,” said company president Jim Stracka. “We were obviously happy to add a course of Hillendale Country Club’s stature to the StrackaLine team, and, beyond the U.S. Open qualifier, we look forward to the club’s members using StrackaLine as well.”

Hillendale opened in 1923 and emerged as one of the state’s most prominent layouts, hosting five Maryland State Opens and four state amateur championships.

The StrackaLine team took its state-of-the-art laser scanner to Hillendale and scanned every green, allowing the company to map each putting surface with accuracy down to the millimeter.

StrackaLine’s quality and accuracy have led to widespread adoption on the PGA, LPGA, Symetra and Web.com tours, in addition to their use by more than 300 Division I college teams.

StrackaLine scans courses for $1,500 and that includes 100 greens guides for resale. The scanning process takes five hours to complete and is unobtrusive to the golfer experience.

StrackaLine now has 700+ courses scanned, including some of the nation's most prominent layouts. Use of the greens guides at the highest levels of the game surged throughout 2017, and the company now counts nearly every Division I golf program, including last year’s national champions, among its users.

The greens maps, which feature easy to read arrows, allow players to view contour and fall lines, in addition to slope percentage, anywhere on the green.

For more information on how to order a greens guide or have a course scanned, go to www.StrackaLine.com.
Posted by Blogger at 9:48 AM