Inside the Valero Texas Open with Titleist 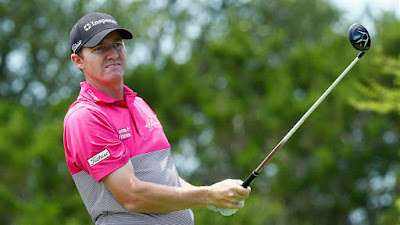 (RELEASE) - It's a home game this week for Titleist Brand Ambassador Jimmy Walker (Pro V1x), as the PGA Tour heads to the Lone Star state for the Valero Texas Open. This year, the return to TPC San Antonio is even sweeter for Walker, as he comes into the event as the defending champion.

"It's a tough track. It's got some tough tee shots, got some tough second shots and the greens can be a little tricky to read. They've got some South Texas grain in them. It can play with you a little bit."

Rain hit the area early in the week, but according to Walker, the greens on the Oaks Course show no signs of softening.

"I still think the greens are going to stay relatively firm. Even after the rain, they were still getting some nice bounces and release."

In past years the Valero has been scheduled in late March, instead of April. Walker mentioned that the schedule change has resulted in some subtle changes in the course conditions, most notably with regards to the rough.

"The rough isn't like it was last year," said Walker. "Last year it was overseeded. This year they didn't and the bermuda has come back but hasn't all grown yet. Driving the ball in the rough isn't going to be, I don't think, a big deal this week, just because it's not very long. You can get some pretty nice lies."

With thinner rough, it could be anyone's tournament this week.

But whether it's a grind or an old-fashioned shoot-out, Jimmy Walker is confident about his chances. He's enjoyed early-season wins in each of the past two seasons and feels that a return to the winners circle is right around the corner.

"You never know when you're going to get hot. I've gotten hot in the last two years right out of the gate. It may start this week, maybe next week or the week after. Who knows? (But) it's not far off. It's close."

TITLEIST BY THE NUMBERS

A total of 101 players in the field are trusting a Titleist Pro V1 or Pro V1x golf ball for their success at the Valero Texas Open, more than seven times the nearest competitor with 14 and more than all competitors combined.

Titleist was also the top choice among players in the hybrids category (32) as well as the irons category with 38 sets in play.