Golf In New Jersey: Is it Time to Rename the Garden State the Golf State? 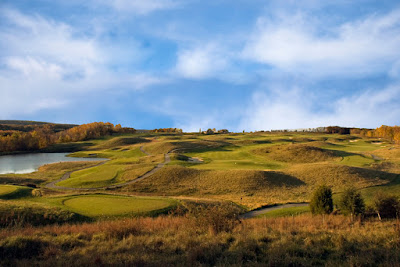 (TRENTON, N.J.) – Can you feel it? Spring is in the air, which means a new golf season is just around the corner. And for the best golf—whether to watch it or play it—the place to be is New Jersey.

The world’s best men and women pros are coming to New Jersey this summer. The key moment will be the playing of the 2016 PGA Championship at famed Baltusrol Golf Club, in Springfield, July 25-31. One of golf’s four majors, the PGA Championship will bring the world’s top male players, including Jordan Spieth, Rory McIlroy, Phil Mickelson, Bubba Watson, and last year’s winner Jason Day.

There’s no doubt the PGA Championship will be a sell-out, but limited tickets are still available from the PGA of America website.

Just a few weeks earlier, the stars of women’s golf will be in South Jersey for the ShopRite LPGA Classic Presented by Acer, being held June 3-5 at Stockton Seaview Hotel and Golf Club in Galloway. It’s an unbeatable opportunity to see the finest female golfers in the world up close.

And there’s much more great golf to come in New Jersey. The women compete in our national championship in 2017 when the U.S. Women’s Open comes to Trump National Bedminster. Later that same year, the Presidents’ Cup—pitting the top American men against the best of the rest of the world (except Europe)—comes to Liberty National Golf Club in Jersey City.

But what if you want to play the best of New Jersey golf? The state has hundreds of outstanding public and daily-fee courses. You can find a list at http://www.visitnj.org/nj/attractions/golfing.

But that’s not all there is to know about golf in New Jersey. For example …
- The consensus number-one course in the country (and on some lists, the world) is Pine Valley, located in Clementon
- Other top-ranked courses in the state, as rated by the leading golf publications, include both the - Upper and Lower Courses at Baltusrol, Plainfield Country Club, Somerset Hills Golf Club, Trump National, Ridgewood, Galloway National, Bayonne Golf Club, Hidden Creek, and Hollywood.
- The United States Golf Association (USGA), which oversees 13 national championships and helps set the rules of golf, is based in Far Hills (Somerset County) in the center of the state.
- The USGA Museum and Arnold Palmer Center for Golf History houses one of the world’s premier collections of golf artifacts and memorabilia. Its exhibits tell the 100-plus-year story of golf in America. The Museum is open to the public.
- Among the notable golfers associated with New Jersey have been Byron Nelson (who was an assistant professional at Ridgewood Country Club in the 1930s), George Jacobus (the first American-born professional, and former caddie, to become president of the PGA of America), Maureen Orcutt (two-time runner-up in the U.S. Women’s Open and 1966 Women’s Senior Amateur champion, who played out of White Beeches Golf and Country Club in Haworth), and PGA Tour winner Jim McGovern (who grew up in Oradell and is now head golf professional at White Beeches).

For more on golf in New Jersey, go to the state’s official tourism website, visitnj.org.
Posted by Blogger at 11:24 AM