Writing a review of a golf course generally follows a basic formula. Items can be shifted around, but mostly include who designed the course and when it opened, as well as course condition, characteristics (long vs. short, number of bunkers, water features, greens speeds, etc.) and describing a few “signature” holes. 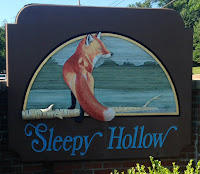 Some courses come with interesting back stories, however, which make them even more interesting to write about. Enter Sleepy Hollow in Brecksville, Ohio.

Owned and operated by the Cleveland Metroparks, Sleepy Hollow was designed by the legendary Stanley Thompson, a member of the Royal Canadian Golf Hall of Fame and opened as a private country club in 1924. In 1963, it was opened to public play.

To me, the most interesting part of Sleepy Hollow’s history began in 1975. That’s when Charlie Sifford began his time as the course professional. Referred as the Jackie Robinson of golf by Lee Trevino, Sifford was the first African American to play on the PGA Tour - winning the Greater Hartford Open in 1967 and the Los Angeles Open in 1969. He also won the United Golf Association's National Negro Open six times, and the PGA Seniors' Championship in 1975 (now a Champions Tour major). 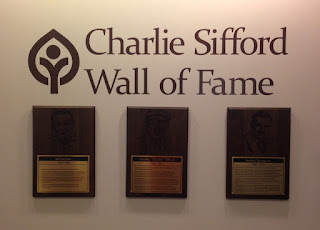 Sifford’s post-playing career honors include being inducted into the World Golf Hall of Fame (2004), the Old Tom Morris Award (2007), an honorary doctorate from the University of St Andrews, and the Presidential Medal of Freedom (2014).

The course, itself, was recently ranked as the No. 1 municipal course in Ohio and No. 14 in the United States. Though 35,000 rounds are played at Sleepy Hollow annually, the course is in excellent condition. Superintendent Chad Lewanski and his staff do a tremendous job and the new double-row irrigation system has the track looking great.

Stretching to nearly 6,800 yards, the course isn’t exceedingly long, but has ample defenses to challenge the best players. Barbour’s course record of 63 has stood since 1949 - meaning today’s technology has been unable to tame this gem.
The current golf professional, John Fiander, hints of Sleepy Hollow’s main defense - the greens - with the advice “stay below the hole.” Several of the greens are very steep, while others have considerable undulation. Heavy forest surrounding the course and 58 bunkers add to the difficulty.

When playing Sleepy Hollow, it’s wise to take advantage of the relatively simple par-5 first hole, as Nos. 2 and 3 are monsters. No. 2 is a 240-yard par 3 with a narrow, two-tiered green and heavy woods immediately to the right. Miss a little and it can cost you a lot. The third hole is 481 yards from the tips, making this a challenging par 4 for the even the longest hitters.

The back nine has its share of long par 4s and only one par 3, but is highlighted by a pair of shorter par 4s on the closing stretch - Nos. 16 and 17. The 16th has somewhat of a divided fairway with trouble left, which is also the preferred side to play into the green. The right side is quite a bit lower, leaving golfers with a harder approach to a steep green. No 17 is only 312 yards on the card (though a new tee has been added to lengthen the hole) but the dogleg-left par-4 demands a tee shot to the right side of the fairway, as the left is blocked by a large tree. A slightly pulled tee shot will likely find the bottom of a deep ravine - adding to the challenge.

In addition to golf, the Metroparks operate nearly 20 nature reservations and a very popular zoo. Activities include swimming, archery, FootGolf, toboggening, zip lines and much more. To learn more about the Cleveland Metroparks, click HERE.
Posted by Blogger at 1:12 PM