SeeMore congratulates the Winner of last week's BMW Championship for continuing his great play at the season ending Tour Championship with a tie for seventh.  It was amazingly his seventh Top 8 finish in the last eight events of the year, where he finishes the season ranked 12th in the Official World Golf Ranking. 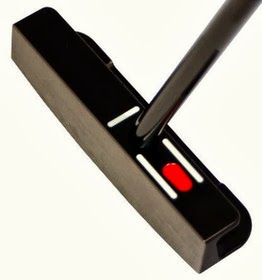 SeeMore's most notable putter user finished the 2013 PGA Tour season on fire, earning $3.1 million over the last eight weeks plus a $1 million FedEx Cup bonus for finishing fifth overall in the season-long points contest.  The BMW Championship victory was his 10th win overall in 10 seasons on the PGA Tour, and his ninth in the last seven seasons.

At just 37 years of age, this six-time Cup golfer heads into the President's Cup as the hottest player on the team, and the only American to win an event during the four-week 2013 FedEx Cup playoffs.  He finished the 2013 season with only one round over par in his last 24 rounds, with a torrid scoring average during his last 24 rounds of 68.2, and a FedEx Cup scoring average of 68.0.

Now eligible for the World Golf Hall of Fame, this player has now won PGA Tour events in seven of his 10 years on tour, including the 2007 Masters, and has more than $30 million in career earnings - all with his trusty SeeMore putter.