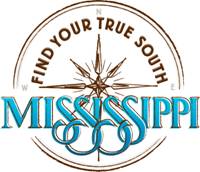 “Mississippi has long been affiliated with professional golf and is pleased to continue providing in-depth exposure for our great state and all it offers guests, residents and businesses," said Mississippi Tourism Director Malcolm White. “Icing on the cake is the enormous local charitable support these PGA TOUR events drive while showcasing our natural beauty, True South culture and hospitality, and our world-class casino resorts and golf courses.”

Sanderson Farms has renewed its sponsorship of the PGA TOUR event held at Annandale Golf Club in Madison through 2016. The Sanderson Farms Championship, formerly known as the True South Classic and Viking Classic, will move from July to the beginning of the 2014-2015 TOUR schedule in October.

The event – which has been on the PGA TOUR schedule since 1968 – has increased its purse to $4 million and will again be part of the race for the FedEx Cup. Sanderson Farms is based in Laurel, Miss. and is the third-largest poultry producer in the United States.

In a study conducted by the MDA, the tournament’s economic impact to the state in 2010 was $22 million. The Mississippi Gulf Resort Classic – which will next be held March 17-23, 2014 – has generated more than $55 million for the regional economy and over $750,000 for local non-profit community charities.

Developing the waterfront corridor of the resort’s 40 acres, the project will increase Gulfport’s hotel room inventory by 400 beachfront rooms as well as create the largest meeting and convention space in the county.

The hotel will be constructed within the existing footprint structure currently located on the south side of Beach Boulevard.  Construction begins this fall and is expected to be completed by summer 2015. Island View is one of the Gulf Coast’s largest casino resorts, boasting nearly 2,000 slots and 50 table games.

Windance Country Club has been ranked on Golfweek’s “Best Places You Can Play” list for three consecutive years and is offering an “Unlimited Golf Package,” starting at $99 per person (double occupancy). The rate includes all-you-can-play-golf, cart, range balls, one night accommodations at Island View, unlimited trips to the buffet, one free drink at any resort venue and $10 free slot play in the casino.

For details call 1.877.774.8439 or visit www.windancecc.com. For more information about Mississippi golf courses, or to schedule a stay-and-play visit, go to www.visitmississippi.org/golf.aspx or call toll-free 1-866-801-8551.