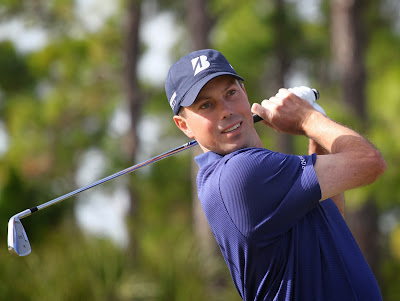 Kuchar to Continue to Rely on Bridgestone Golf Balls, Clubs Through 2017

(Covington, Ga.) — Bridgestone Golf, the #1 ball-fitter in golf, has extended its relationship with PGA TOUR superstar Matt Kuchar through 2017. The 2013 Player of the Year Finalist, U.S. Presidents Cup team member and all-around good guy has been a part of Bridgestone’s tour team since turning professional in 2001. Financial terms of the deal were undisclosed.

Kuchar has consistently relied on Bridgestone equipment during his climb to the PGA TOUR’s top ranks. In addition to his club lineup, Kuchar has been a Bridgestone TOUR B330-S loyalist praising the ball for its incredible accuracy, spin and consistency even in the TOUR’s toughest conditions.

“Bridgestone has been with me since the beginning, and they have never wavered in their commitment to me or my success,” commented Kuchar. “There are so many unknowns in golf, so being able to trust that my equipment is the best out there is invaluable.”

2013 represented another banner year for Kuchar.  Earning $5.6 million to finish 3rd on the TOUR money list, Kuchar also finished 6th in the FedEx Cup Playoffs race. Kuchar was one of only six players to win multiple events on TOUR in 2013, carding victories at the WGC Accenture Match Play Championship and The Memorial Tournament at Muirfield Village (also host of this week’s 2013 Presidents Cup competition). Additionally, Kuchar was one of the final five candidates for Player of the Year honors.

“At this point, Matt is more than just a member of the Bridgestone team,” said Dan Murphy, Executive Vice President of Sales/Marketing – Bridgestone Golf, Inc. “He is a part of the Bridgestone family! We couldn’t be prouder of what Matt has accomplished thus far, and we look forward to being a part of his continued success.”