(CARLSBAD, CALIF.) – Sleeping on a PGA Tour 54-hole lead for the first time in his career, Henrik Stenson played a TaylorMade SLDR driver and posted a 2-under 68 to win the TOUR Championship by Coca-Cola and the FedExCup. 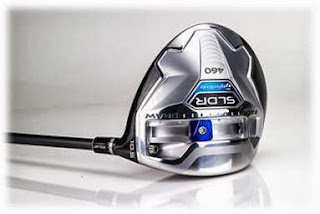 Prior to the start of the season-finale tournament at East Lake, Stenson switched to a 10.5° SLDR driver after damaging his R1 at Conway Farms. The new build was noteworthy for a number of reasons, especially given that TaylorMade tour reps added 1.5° loft compared to his old R1 driver (9°) he had been playing. This increase in loft is consistent with the findings of other TaylorMade tour players who have found more distance with more loft in SLDR due to the low/forward CG placement.

In addition to receiving the new SLDR, TaylorMade also built Stenson an R1 with the same specs as his last gamer to offer the chance at a complete comparison test on the range at East Lake. Not surprisingly, the SLDR clearly outperformed the lower-lofted R1 driver, knocking off 400 RPM of spin and averaging 10 yards longer on the launch monitor. It went straight in the bag Thursday.

With the three stroke victory, Stenson becomes the first European to win the FedExCup in its seven-year history.