(Birmingham, Ala.) - Eric Poplowski wanted to play on a college golf team, but wasn't getting many offers. 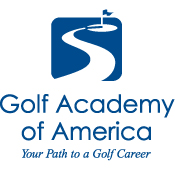 So he left his home in suburban Pittsburgh to enroll in Golf Academy of America in San Diego, where he whittled four shots off his handicap to become a scratch golfer while completing the 16-month accredited associate's degree program.

After earning All-American honors at Community College of Allegheny County, Poplowski received a scholarship to play golf at Pittsburgh's Point Park University, which has one of the nation's top NAIA golf programs.

"Golf Academy of America was a great place for me to go to improve my game and gain the education I need to get into the golf industry when I finish playing," said the 23-year-old Poplowski, who plans a future career in golf instruction. "I had instructors that helped me figure out my swing, and I dedicated myself to getting better."

"We're proud of Eric," said San Diego campus director Rich Iorio. "He came to Golf Academy of America with a purpose and took advantage of the opportunities we provide."

"Attending Golf Academy of America made a world of difference for Eric in golf," said Ken Poplowski.

When the fall 2013 season began, Poplowski was in Point Park's five-man lineup.