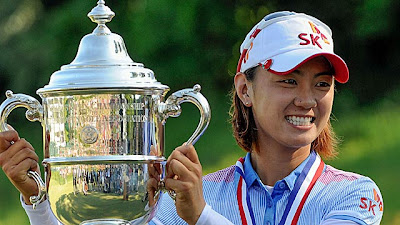 (Fairhaven, MA) - When you make performance a priority in your game, you will be rewarded.  That was the case for Na Yeon Choi at the U.S. Women’s Open.  Relying on the Pro V1x, she captured her first career major, winning by four shots over a world-class field that included 108 players trusting Titleist golf balls, nine times more than the nearest competitor with 12.

At the Greenbrier Classic, rookie Ted Potter Jr. had a performance breakthrough of his own by winning his first PGA Tour title on the third hole of an all-Pro V1x playoff.

On the European Tour, Marcel Siem earned a coveted spot in next week’s Open Championship with his victory at the Alstom Open de France.

Four more wins this week advances the year-to-date victory count for Titleist golf balls across the worldwide professional tours to 92, that is 80 more than the nearest competitor with 12.