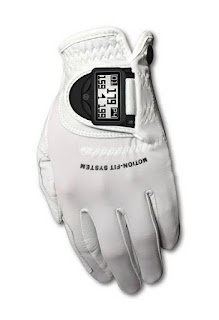 The Zero Friction DistancePro GPS Glove is the ultimate in accuracy and convenience. Powered by Bluetooth, the device sits conveniently on the glove flap and weighs less than half an ounce. The readout gives distances to the front, center and back of the green on over 35,000 golf courses programmed worldwide. The DistancePro GPS battery provides over 400 hours of golf, and the GPS device is transferrable to replacement Zero Friction gloves.

“What attracted me to Zero Friction in the beginning was the technology that was involved in creating such unique golf products,” said Miller. “The DistancePro GPS Glove is another great example. There is nothing else like it on the market.”

Miller won two major championships and 25 PGA Tour events before joining the NBC broadcast team in 1990. Miller, elected into the World Golf Hall of Fame in 1998, was known for his colorful attire when competing as one of the game’s best players in the 1970’s and 1980’s. Last year, Miller announced he was part-owner and endorsee for Zero Friction.

Zero Friction is responsible for establishing the performance golf tee market, creating the first and only performance tee to ever carry the PGA TOUR logo. The company’s patented three- and four-prong designs reduce the contact area between the ball and tee by 66 percent for longer, straighter drives. Since the debut in 2005, the Zero Friction tee has earned more than 70 victories on the PGA TOUR and was official merchandise of The Open Championship at Turnberry in 2009.

DistanceProGloveZero Friction’s most recent success story is in the golf glove segment. The company’s colorful line of compression-fit gloves for men, women and juniors takes the guesswork out of sizing. Compression-fit technology means a universal fit within the various models, and the glove that will hold its shape longer than any on the market.