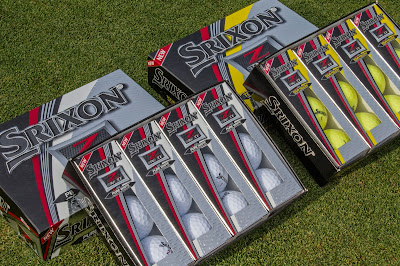 The Evolution of Total Performance:
In the global development process for Srixon Z-STAR SERIES golf balls, the key areas of focus were improving feel, playability and scoring performance. Srixon analyzed every aspect of both golf ball models, from the core to the cover, to ensure the best-possible results in the Tour Performance category. The Total Performance has been validated on tours all over the world, with 19 global wins since being introduced during seeding in 2016. Tour staffer Hideki Matsuyama, who is currently No. 6 in the Official World Golf Rankings, has recorded five global wins since switching to the new 2017 Z-STAR XV.

Key Technologies:
· Energetic Gradient Growth Core Technology. The E.G.G. core in each new Z-STAR SERIES model has been enhanced to deliver optimal performance. In the Z-STAR, the new core is slightly softer with lower compression to provide even softer feel on all shots and improved launch conditions for more distance off the tee. The dual E.G.G. core in the Z-STAR XV now features a larger, softer inner core, which promotes faster ball speed and better launch conditions for more distance off the tee. Srixon tour staffers appreciate E.G.G. technology because of the precise consistency it helps provide on full shots.
· Spin Skin Coating. The third generation of this innovative coating application, featured on both the Z-STAR and Z-STAR XV golf ball models, is softer and more elastic than ever before. The results are softer feel, enhanced greenside spin and more consistent spin on approach shots from any lie, especially the rough. Srixon tour staffers continue to rave about the added spin control Spin Skin coating technology provides, all without sacrificing any full-shot performance.
· 338 Speed Dimple Pattern. The Z-STAR SERIES features the more aerodynamic Speed Dimple pattern, which improves flight performance for additional gains in distance and control on full shots. By optimizing the relationship between dimple occupancy and dimple uniformity, Srixon has created a dimple pattern that tour staffers trust because of the penetrating, consistent launch it promotes.

“The level of innovation in the new Z-STAR SERIES golf ball models is like nothing Srixon has ever achieved before,” said Jeff Brunski, Director of Research & Development for Srixon/Cleveland Golf/XXIO, North America. “Every element has been enhanced from the previous generation, which was already regarded as one of the best tour golf ball pairs in the world. Srixon tour staffers have been reaping the benefits from switching and we know consumers will, too.” 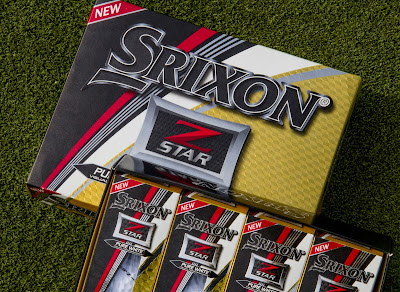 “Having a core that is softer in the middle and becomes gradually harder towards the outer edge allows the new Z-STAR to feel soft at impact, but also generate tremendous distance,” Brunski said.

Russell Knox, a two-time PGA TOUR winner in 2015-16 who has amassed over $10 million in career earnings, relies on the exceptional control of the Z-STAR to play with precision: “I attribute much of my recent success to the trust I have in my Z-STAR golf ball,” he said. “I love how this ball feels. It gives me complete confidence in my ability to control the spin on greenside pitches and chips.”

More on the Z-STAR XV Golf Ball:
For players who prefer firmer feel in a Tour Performance golf ball, the Srixon Z-STAR XV has a urethane cover with 4-piece construction and 105 compression. The most significant difference in the fifth generation Z-STAR XV is the dual-core design. A larger, softer inner core has varying hardness while the outer core now features more consistent hardness to help increase ball speed with a higher launch angle and lower driver spin.

“Through rigorous testing, Srixon concluded that by making the inner core larger and softer and the outer core hardness more consistent – not as much gradation – better flight occurs,” Brunski said. “Ball speed increases, launch angle is higher and driver spin is reduced. That means longer distance on full shots.”

Hideki Matsuyama has trusted a Srixon golf ball since turning professional and he has played some of the best golf of his life since switching to the new Z-STAR XV: “This is a truly reliable ball that delivers more distance than anything I have ever used before, and it has more responsive feel at impact,” he said. “It also has more spin and better feel around the green, and has more consistent spin – especially from the rough. I’m amazed with these significant improvements.”

Tour Success:
The performance of Srixon products, especially golf balls, speaks for itself on global tours around the world. Srixon Z-STAR SERIES golf balls have accounted for more than 475 wins since launching in 2008, including more than 430 wins in the last years***. Since seeding for the fifth-generation Z-STAR SERIES began on global tours in 2016, there have been a total of 19 victories with the new golf ball models, and it is consistently one of the most-played golf balls week in, week out on the PGA TOUR.
Posted by Blogger at 4:00 AM