(Boston, MA) - 2016 Sr. PGA Champion, Rocco Mediate, has signed a multi-year deal with Vertical Groove Golf, LLC, and will now tee off with the Vertical Groove Driver when competing on the PGA TOUR Champions and other professional golf tournaments in 2017, and beyond. This news comes on the heels of Vertical Groove Golf’s recent signing of two-time Major Champion, John Daly. 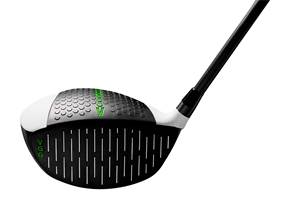 The Vertical Groove Driver, which conforms to the Rules of Golf, is the only golf club innovation to enter the market featuring vertical groove technology on the club face. The Vertical Groove Driver technology reduces side spin at impact, leading to 40% straighter ball flight on average, while also generating greater energy at impact, resulting in a stronger forward roll and increased driving distance.

“I’ve tested the Vertical Groove Driver extensively and I am very happy with how it performs off the tee,” said Mediate.  “I am excited to put the driver into play on tour and I look forward to a truly successful partnership with Vertical Groove Golf.”

Mediate, 53, who owns 13 professional victories, captured his first major championship in 2016 when he holed out from a greenside bunker for birdie on the par-3 17th to secure a record-setting, wire-to-wire victory in the Senior PGA Championship presented by KitchenAid, at Harbor Shores Golf Club in Benton Harbor, Michigan.

“Rocco is one of the most popular players in the game today and has enjoyed a great career on tour, especially in adding a Sr. PGA Championship to his portfolio of professional victories,” said Jeff Barry, Chief Executive Officer, Vertical Groove Golf, LLC. “As a tremendous ambassador of the sport, we are thrilled to have Rocco join the Vertical Groove Golf family and showcase the performance benefits of our driver each week on tour.”

The 450cc Vertical Groove Driver, which is available in both right and left handed models, is offered in 9.5, 10.5 and 12 degree lofts, and features a full range of Aldila premium grade, tour-proven aftermarket NV2K series shafts as standard. The available flexes include: 45 gram L (Ladies), 50 gram A (Senior), 55 gram R (Regular), 65 gram S (Stiff) and 65 gram X (Extra-stiff). At a length of 45.75 inches, the Vertical Groove Driver provides an optimum launch angle while maximizing carry distance and ball speed for many players. It is equipped with Golf Pride Tour Velvet grips in standard, midsize and oversize models. Alternative shaft options from Fujikura, Mitsubishi and Aldila also will be available. Suggested retail price of the Vertical Groove Driver is $399.99.

More information on the Vertical Groove Driver is available at www.vertgolf.com or via social media profiles on Facebook and YouTube at Vertical Groove Golf, and @vertgolf on Twitter.