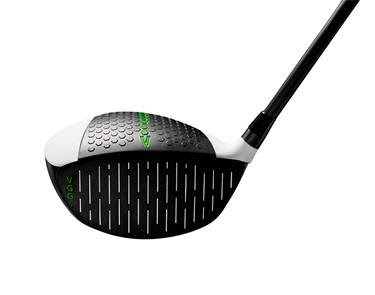 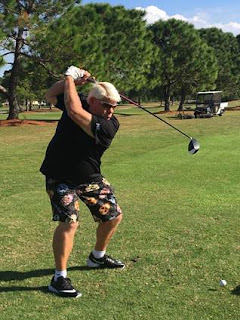 The Vertical Groove Driver, which conforms to the Rules of Golf, is the only golf club innovation to enter the market featuring vertical groove technology on the club face. The Vertical Groove Driver technology reduces side spin at impact, leading to 40% straighter ball flight on average, while also generating greater energy at impact, resulting in a stronger forward roll and increased driving distance.

“I’ve been hitting the ball further and straighter off the tee since putting the Vertical Groove Driver in my bag,” said Daly. “I’m hitting more fairways since switching to this driver and the sound of the club at impact is terrific. I’m looking forward to strong success in 2017 utilizing Vertical Groove technology on tour.”

Daly, whose long and storied career includes Major victories in the 1991 PGA Championship and the 1995 Open Championship, among his 20 professional wins, is long regarded as one of the game’s greatest drivers and was the leading driver on the PGA Tour Champions in his inaugural 2016 season.

Barry adds, “This is an exciting time for Vertical Groove Golf, and it’s only fitting that John Daly leads our stable of endorsees. Thanks to our leadership team of Rubin Hanan and Josh Miller, who were instrumental in this signing, I anticipate more exciting news from Vertical Groove Golf in the coming weeks.”

The 450cc driver, which is available in both right and left handed models, is offered in 9.5, 10.5 and 12 degree lofts, and features a full range of Aldila premium grade, tour proven aftermarket NV2K series shafts as standard.  The available flexes include: 45 gram L (Ladies), 50 gram A (Senior), 55 gram R (Regular), 65 gram S (Stiff) and 65 gram X (Extra-stiff).   At a length of 45.75 inches, the Vertical Groove Driver provides an optimum launch angle while maximizing carry distance and ball speed for many players. It is equipped with Golf Pride Tour Velvet grips in standard, midsize and oversize models.  Alternative shaft options from Fujikura, Mitsubishi and Aldila will also be available. Suggested retail price of the Vertical Groove Driver is $399.99.