(Flagler Beach, FL) - The Cure RX Series Putters have been gaining the attention of Tour Players at every level, including Champions Tour Player, Rod Spittle, and for good reason. 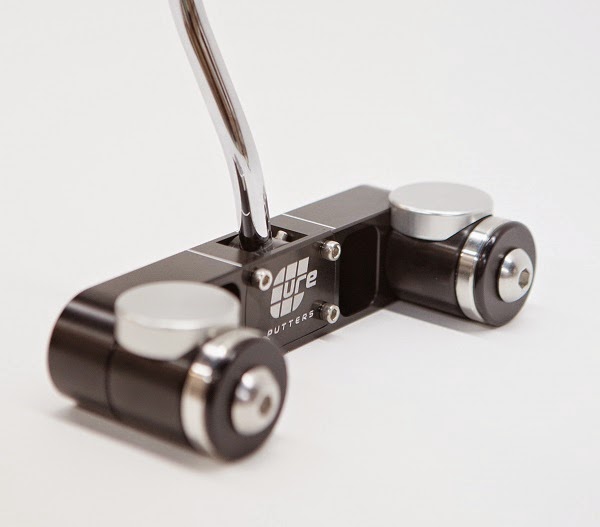 In the 13 events he played this season with his previous putter, Spittle recorded only six rounds in the 60's and his Low Round was a score of 68. In the ten events he's played with his new Cure RX Series putter, Spittle has recorded fifteen rounds in the 60's and fired a new Low Round of 63 on Sunday at the Greater Hickory Kia Classic two weeks ago. In his first thirteen events, Rod was shooting in the 60's in less than 15% of his rounds. Since changing to the Cure RX Series putter, he is shooting in the 60's in 50% of his rounds.

With his Cure Putter, Spittle has reduced his putts per green in regulation from 1.830 putts/GIR to 1.778 putts/GIR. Hitting 75.00% of the greens in regulation (Rod's average) this represents an improvement of 0.71 strokes per round. That's over 2 strokes per event!

"My Cure RX Series putter is the most stable putter I have ever used," said Spittle. "My putting stats have improved dramatically. The ball rolls great and I have averaged nearly 5 birdies per round! The results speak for themselves and I encourage all players to check it out."

Cure RX Series putters adjust to fit you perfectly and help you address the ball the same way every time. Set the weight exactly where you want it (350 - 600g) to suit your stroke and tempo. The high MOI design is very stable and offers incredible forgiveness for much greater accuracy and distance control, even on extreme mishits. The Triangulation Alignment, invented by Deane Beman, helps you line up your putt like an arrow for deadly accuracy and the zero loft, flat milled face starts the ball rolling sooner, helping it stay on the intended line. Cure Putters' innovative design takes several problematic variables out of the equation and offers incredible forgiveness and control, resulting in a tighter shot dispersion. It seems inevitable that golfers of every skill level will putt more consistently, build confidence and achieve better results with a Cure RX Series putter

For more information on Cure Putters visit www.cureputters.com.
Posted by Blogger at 10:34 AM