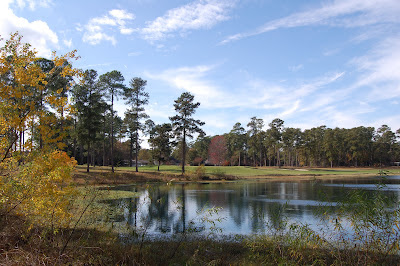 (SANTEE, S.C.) – Lake Marion Golf Course raised more than $15,000 hosting its fourth-annual Patriot Golf Day Tournament in conjunction with the PGA of America, the club announced. Proceeds from the tournament are contributed to the Folds of Honor Foundation, which provides post-secondary educational scholarships to the spouses and children of service members disabled or killed as a result of their military service.

Lake Marion’s participation with Patriot Golf Day started in 2007 with a small container on the pro shop counter for golfers to donate at least $1 and has evolved into a very successful event spanning two days. After collecting a mere $19 the first year, the club decided it wanted to do more to help the Folds of Honor Foundation. The first tournament was organized in just three weeks in 2009 and raised $3,200. In 2010, the tournament raised $11,500 and nearly $14,000 last year.

In 2012, interest increased so dramatically —350 players participated during the Labor Day weekend — that the club had to host three separate shotgun tournaments, which also included VFW opening ceremonies to the flag, prizes, silent auction and cookout for all shotguns and a raffle with over $3,000 in products given away.

The end result was a donation of nearly $15,000 to the Foundation thanks to nearly 100 businesses and groups providing sponsorships and product donations, and more than 30 volunteers from VFW, Kiwanis Club and other local businesses.

Sparked by the vision and dedication of Major Dan Rooney, former F-16 fighter pilot, PGA Golf Professional and USGA member, Patriot Golf Day has spurred golfers nationwide to contribute more than $12.8 million during the past five years for scholarships awarded to spouses and children of our military men and women killed or disabled while serving. Patriot Golf Day raised a record $3.9 million in 2011.

Captain Rooney felt that a small sacrifice has the potential to make a huge difference in the lives of surviving family members of soldiers who made the ultimate sacrifice. To Rooney, golf was the natural choice to achieve such a lofty goal on a national scale — and he has proven prophetic. No other sport enjoys such participation on a daily basis as golf —sheer numbers that make possible raising substantial amounts of money.