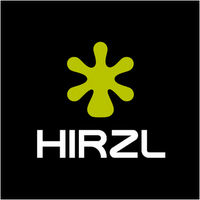 “As the world’s longest drivers competed head to head during the long drive Tour Championship competition, the one common denominator for success was HIRZL gloves,” said Gary Sheppard, President of HIRZL North America. “By capturing the top three spots, HIRZL has clearly demonstrated that it is the glove of choice for the world’s best golfers seeking the ultimate in a performance golf glove.

“HIRZL is looking forward to its continued success at the upcoming 2012 RE/MAX World Long Drive Championship in October,” added Sheppard. “The RE/MAX Championship is the biggest tournament in long drive competition, a tournament that we have clearly dominated before. Last year over 80% of the field used HIRZL gloves as we claimed victories in 5 divisions, including a world record in the senior division.

“HIRZL has reaffirmed its position as the leading performance golf glove and the ultimate in grip and durability,” said Art Sellinger, chief executive officer of Long Drivers of America, owners of the Championship. “With so much riding on every single drive, a grip-enhancing golf glove is now one of the most trusted and valuable pieces of equipment used to help achieve longer and straighter drives and that is why the world’s longest drivers use HIRZL gloves.”

HIRZL is a global pioneer in high performance sports gloves where innovation and precision engineering is at the heart of the HIRZL philosophy and is supported by a focus on design excellence and top quality production.