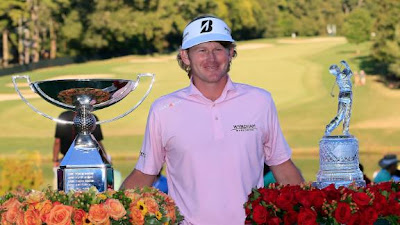 (CARLSBAD, Calif.) – adidas Golf Tour Staff Professional Brandt Snedeker breaks away from the field during the fourth round of the TOUR Championship by Coca-Cola to bring home the trophy resulting as the champion of the FedEx Cup.

After four grueling weeks competing for the coveted FedEx Cup title, Snedeker began the TOUR Championship in fifth position and finished hot with a 2-under 68. Leading into Sunday tied for the lead with Justin Rose, Snedeker posted an even front nine followed by birdies on the 13th, 15th and 17th taking him to a 4-shot lead into the last hole over Rose.  Despite tight-lies and high wind conditions, Snedeker  finished with a remarkable 10-under for the week bringing home the two victories.