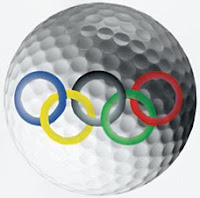 (COPENHAGEN) - The sport of golf will be part of the program when the Olympic Games come to Rio de Janeiro in 2016 thanks in part to the consulting support of Helios Partners. Last played in the St. Louis Games of 1904, the return of Olympic golf competition is expected to draw the world's best men's and women's golfers to the competition.

"We are extremely pleased and excited about the inclusion of golf in the Olympic Games," said Ty Votaw, Executive Director of the International Golf Federation. "Helios fulfilled a critical function as part of our team, helping get our message across effectively and make a powerful case for the return of golf to the Olympic Programme."

Helios Partners provided consulting services over the past year, playing an active role in the positioning of the sport, the development of IGF policies that align with the goals and objectives of the Olympic Movement, and the creation of bid materials and presentations. "This is a great win for us, but more so for the sport of golf" said Chris Welton, CEO of Helios. "We have been privileged to be a part of this effort and look forward to the continued worldwide growth and positive impact of this great sport."

Emphasizing the shared values with the Olympic Movement, the sport's success in fostering greater participation among the youth of the world, and the importance of speaking with one voice, golf's bid had the strong backing of 123 IGF member national federations, 20 professional golf organizations and many of the world's greatest male and female golfers.

Golf's bid marks Helios' first effort on behalf of a candidate sport following their successful work for three out of the last five bids by Olympic host city candidates. The marketing consultancy managed Sochi's successful bid to host the 2014 Olympic Winter Games and they have recently been appointed lead agency for the management of Russia's 2018/2022 World Cup bid, and Turkey's UEFA 2016 bid.