Match will be held June 8-10 at Quaker Ridge Golf Club in Scarsdale, N.Y.

(LIBERTY CORNER, N.J.) - Lilia Vu, of Fountain Valley, Calif., the No. 1-ranked female amateur golfer in the world, was among the eight players named today by the United States Golf Association (USGA) to the USA Team for the 2018 Curtis Cup Match, to be conducted June 8-10 at Quaker Ridge Golf Club in Scarsdale, N.Y. 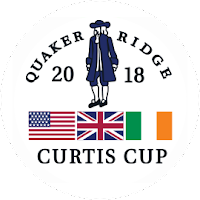 “We couldn’t be prouder to announce that these eight terrific young women will represent the United States in the 40th Curtis Cup Match,” said Mark Newell, USGA president. “They are among the most talented players in the world, and not only that, they are true ambassadors for the game and for the USGA. We all wish them the best as they prepare to compete this June at Quaker Ridge.”

The Curtis Cup Match is a biennial international women’s amateur golf competition between eight-player teams from the United States of America and Great Britain and Ireland (GB&I). It consists of six foursomes (alternate-shot) matches, six four-ball matches and eight singles matches over three days of competition. The USGA’s International Team Selection (ITS) Committee selects the USA Team, while the Ladies’ Golf Union selects the GB&I Team.

"Our committee is extremely thoughtful during the selection process and takes very seriously the opportunity to select the members of this team," said Martha Lang, of Birmingham, Ala., who is in her first year as chair of the ITS Committee and fourth year as a member of the USGA Executive Committee. "We know the players we selected are extraordinarily talented competitors who will embody the tradition of camaraderie set forth by Margaret and Harriot Curtis in 1932."

Last month, Vu set a UCLA school record at the Arizona Wildcat Invitational, winning her fourth straight individual title dating back to last fall. She is a two-time first-team All-American who last year advanced to the semifinals of the U.S. Women’s Amateur.

Kupcho, a junior at Wake Forest, finished T21 at the 2017 U.S. Women’s Open. She finished tied for second in the 2017 NCAA Championship, before winning the Canadian Women’s Amateur title in July. She is also a first-team Women’s Golf Coaches Association (WGCA) All-American.

Lee was a member of the 2016 Curtis Cup Team that lost to GB&I, 11.5-8.5. A sophomore at Stanford University, she garnered several honors following her freshman year, including Pac-12 freshman of the year, Pac-12 first team and Ping/Women’s Golf Coaches Association freshman of the year. Picking up where she left off, her sophomore season began with three individual victories in her first five starts. Lee was the runner-up in the 2016 U.S. Girls’ Junior, and a semifinalist in the 2014 U.S. Women’s Amateur. She has also won two SCGA Women’s Amateur titles.

Stephenson is wrapping up her junior year at the University of Alabama, majoring in communications. Last year, she reached the quarterfinals of the U.S. Women’s Amateur and tied for 41st in the 2017 U.S. Women’s Open. She was a second team WGCA All-American, a second team Golfweek All-American and a first team All-SEC selection in 2017.

Li became a household name in 2014, when she became the youngest ever to qualify for the U.S. Women’s Open at 11 years, 8 months and 19 days old and was a Drive, Chip and Putt National Champion. In 2017, she reached the quarterfinals of the U.S. Women’s Amateur and earned medalist honors at the U.S. Girls’ Junior before losing in the Round of 32. She competed in the 2017 and 2018 LPGA’s ANA Inspiration, earning low-amateur honors in 2017, and is the first 15-year-old on the USA Curtis Cup Team since Lexi Thompson in 2010.

Galdiano was a member of the 2016 Curtis Cup Team and 2016 Women’s World Amateur Team, and is currently in her sophomore year at UCLA. She won individual and team gold for Team USA at the World University Games in Taiwan in August, and competed in her fourth U.S. Women’s Open in July. She was a three-time Hawaii state high school champion.

Gillman is a sophomore at the University of Alabama, where she was a first team WGCA All-American and First Team Golfweek All-American in her freshman season, which also earned her SEC Freshman of the Year honors. Last summer, she advanced to the Round of 32 in the U.S. Women’s Amateur, after winning the championship as a 16-year-old in 2014.

Schubert won the 2017 U.S. Women’s Amateur at San Diego Country Club by a 6-and-5 margin over Stanford University standout Albane Valenzuela of Switzerland. The University of Texas senior earned WGCA All-America honorable mention, and has also been named to the All-Big 12 team the past two seasons. By way of her Women’s Amateur victory, she will compete in the 2018 U.S. Women’s Open this May at Shoal Creek in Alabama.

The alternates for the USA Team are, in order of ranking: Rachel Heck, 16, of Memphis, Tenn., and Emilia Migliaccio, 18, of Cary, N.C.

"It's exciting to have the team announced and to start preparing for June," said Derby Grimes. "I've had the opportunity to get to know many of these young women over the past few months, and I can tell you firsthand that they are not only remarkable players, but remarkable people who take representing the United States extremely seriously. We're going to work hard over the next few weeks and give the GB&I Team all we've got!

For the second straight Match, Elaine Farquharson-Black will serve as GB&I captain. Farquharson-Black, a native of Scotland, represented GB&I in the 1990 and 1992 Curtis Cup Matches, and captained the team to victory in 2016.

To learn more, visit usga.org.
Posted by Blogger at 1:17 PM