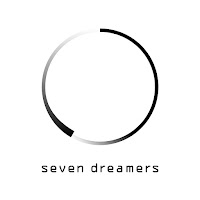 The milestone event at The Grove – an exclusive private club with a championship Greg Norman-designed golf course outside Nashville, Tenn. – coincides with a recent major championship winner teeing it up with Seven Dreamers shafts at the 2018 Masters Tournament.

In a short period of time, Seven Dreamers has gained a large and loyal following among the most discerning and affluent golfers.  The ultra-premium, custom-fit shafts, which start at $1,200 each, have been adopted by members of Cypress Point Golf Club, Riviera Country Club, Oakmont Country Club, Seminole Golf Club, San Francisco Golf and Country Club, Southern Highlands, TPC of Boston and hundreds other golf and country clubs.

Made in Tokyo by craftsmen who custom build each shaft, Seven Dreamers uses aerospace-quality carbon fiber, a proprietary 3D design system and an autoclave to cure every shaft. This pioneering approach helps the carbon fiber retain 100 percent of its quality and eliminates common practices used by other manufacturers, including grinding or polishing to achieve weight and flex specifications, as well as adding 3-5 grams of useless paint weight to the structure.  The resulting design provides golfers with incredibly smooth feel and near-perfect transfer of energy for more distance with tighter shot dispersion.

“Much like fine-quality, bespoke suits, our shafts are designed to complement the user by perfectly reacting to his or her unique swing profile,” says Shin Sakane, President and CEO of Seven Dreamers. “No other manufacturer in the world has the resources or manufacturing knowledge to create the superior shafts our labs produce.”