Alexis Belton, Will Hogue Win 2018 'Clash in the Canyon' 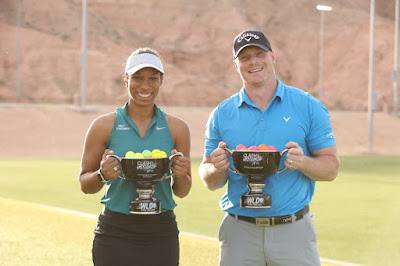 Hogue, the former No. 1 in the World (2016) outlasted the current World No. 1 – Justin James – in the final after connecting on a 413-yard drive. The 32-year-old firefighter/paramedic advanced to the final after beating Ryan Reisbeck (Layton, Utah) courtesy of a 426-yard drive.

The Clash in the Canyon is the second official event of the 2018 World Long Drive season, as Justin Moose claimed the East Coast Classic in Columbia, South Carolina last month. The next stop on the schedule is in three weeks at the Ak-Chin Smash in the Sun, taking place in Maricopa Ariz., and airing live in primetime on Golf Channel, Tuesday, May 15.