The Masters Tournament on ESPN 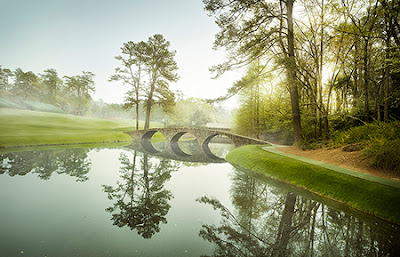 (RELEASE) - The Masters Tournament at Augusta National Golf Club is the highlight of the year in golf and the harbinger of spring for golf fans around the world. For the 11th year, ESPN will air live play of the first and second rounds of the Masters, surrounding the telecasts with an expanded SportsCenter presence as well as news, information and analysis on television, radio and digital outlets for the entire week of the event.

ESPN and ESPN Deportes will air live action from the first and second rounds on Thursday, April 5, and Friday, April 6, from 3-7:30 p.m. ET with an edited encore presentation in prime time each night from 8-11 p.m. on ESPN and an additional overnight encore at 3 a.m. on ESPN2.

ESPN also will air the traditional Masters Par 3 Contest on Wednesday, April 5, from 3-5 p.m. followed by a one-hour SportsCenter at the Masters special at 5 p.m. An encore telecast of the Par 3 Contest will air at 8 p.m. on ESPN2.

SportsCenter’s presence at the Masters has been expanded this year with dedicated SportsCenter at the Masters programs airing Wednesday (noon – 3 p.m. and 5-6 p.m.) and Thursday-Friday (10 a.m. – 3 p.m.) on ESPN. Prior to the live television windows Thursday and Friday, SportsCenter will be the premier destination for golf fans to get their live Masters updates, including highlights of play, with updates airing between 8-10 a.m. on SportsCenter:AM on ESPN2 prior to the 10 a.m. programs. Sage Steele and Van Pelt will be lead anchors for the weekday SportsCenter segments.

All Masters programming on ESPN and ESPN Deportes also will be streaming live on the ESPN App. ESPN began live telecasts of the first and second round of the Masters in 2008.

The contest, which began in 1960 and includes current Masters invitees as well as past champions, creates many exciting moments on the Augusta National Par 3 course. The wives and girlfriends of players often serve as caddies as do children, grandchildren or celebrity friends. Many current players use the event as stress relief and an outing with their family on the day before competition begins at the Masters Tournament.

Sean McDonough will anchor the Par 3 Contest telecast along with analysts North and Strange. Rinaldi will conduct interviews. The event was first televised by ESPN in 2008.

SportsCenter at the Masters
ESPN’s flagship news and information program SportsCenter will feature live updates from Augusta National Golf Club throughout the Masters Tournament beginning the morning of Monday, April 2, and continuing through the end of the event on Sunday, April 8.

On the first two days of competition, Thursday and Friday, April 5-6, viewers will be brought up-to-date with multiple reports per hour on SportsCenter including in-progress highlights, scores and interviews on SportsCenter:AM from 8 a.m. until 10 a.m. on ESPN2. After that, a dedicated SportsCenter at the Masters program will air on ESPN from Augusta from 10 a.m. until ESPN’s telecast of live play begins at 3 p.m.

On Tuesday, April 3, the news conferences of several prominent players will be aired on SportsCenter, with the schedule for morning and afternoon sessions to be determined. Also, ESPN will report the Masters first-round groupings as soon as they are announced. SportsCenter will air on ESPN2 from 1-5 p.m.

In addition to Van Pelt and Steele, Michael Eaves and Matt Barrie will anchor SportsCenter reports from the Masters with North, Strange, Rinaldi, Wojciechowski and Smith. In addition, CBS golf analyst Dottie Pepper will join SportsCenter for daily segments Wednesday-Sunday.

Features and interviews will be part of SportsCenter coverage of the Masters, including the story of 30-year-old amateur Matt Parziale, who is living every golfer's dream by playing in the 2018 Masters. But as Wojciechowski reports in the feature, what many don’t know is that Parziale holds a very challenging day job as a Massachusetts firefighter.