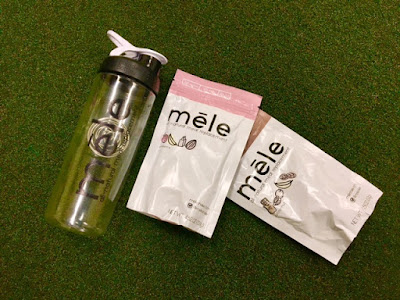 Love him or hate him, Ian Poulter is a terrific follow on social media. So when I saw him talking about how good Mēle shakes were, I took notice. And when he said “not sponsored,” I was even more curious. I professional golfer promoting something without sponsorship speaks volumes.

So, what is Mēle? First, it’s pronounced “meal” and is a balanced, all-natural meal replacement made from a dried blend of fruits, vegetables, nuts and grass-fed whey.

The shakes come in three flavors - rawberry, cocoa-nut and supergreen and cost $10 per pack, which contains two servings of 250 calories each. 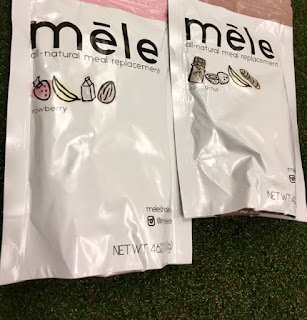 The supergreen - which we didn’t sample - is described as having “refreshing and crisp tropical vibes … Coconut and pineapple piña colada flavors meld with an earthy, matcha tea finish.”

Founders Lauren and Adam Benbassat, both busy, health-conscience professionals, were searching for a meal replacement option that was both convenient and tasty. They succeeded.

The cherry on top … a charitable arm to Mēle shakes. The company donates 10 percent of the profits to feed the hungry. According to the website:
- 1 in every 6 people and 1 in every 5 children struggle with hunger in America;
- 49 million Americans struggle to put food on the table, and lack access to sufficient and nutritious food on regular basis; and
- Poor nutrition causes nearly half the deaths of children under five.

Personally, I preferred the rawberry, but both were delicious. Beyond that, Mēle shakes couldn’t be any quicker, nor easier, to make. Put some water in a shaker (you can order a mēle Blender Bottle on the website), pour in half - or a whole - packet into the shaker, and shake. Quick, easy and tasty!

Learn more about mēle shakes and place your order at meleshake.com. You can order five-pack sets (10 servings for $50) or sample a three-pack (six servings for $30) to see which one you like the best.
Posted by Blogger at 4:41 PM