(PHOENIX) – By releasing its annual honor roll today of the Top 100 Fitters for 2017, PING not only salutes those who elevate the custom-fitting experience, the company re-emphasizes the importance of a comprehensive fitting to a golfer’s success and enjoyment of the game. PING’s Top 100 list recognizes those who demonstrate the highest commitment to custom fitting and promoting its benefits to golfers of all abilities. 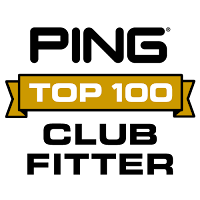 “We have a mountain of empirical evidence from tens of thousands of fittings over the years proving that properly fit PING equipment makes a measurable difference in a golfer’s ability to hit the ball consistently better and post lower scores,” said John K. Solheim, PING President. “Our Fitters of the Year see it every day in the smiles they bring to people’s faces as golfers watch shot after shot sail into the distance with the correct clubs in their hands. A PING fitting, with its unmatched level of detail, unlocks a player’s true potential. The fitter’s objective is simple: to make the game easier so the player has more success and enjoys the game more.”

Top 100 honorees were saluted for their expertise in fitting those who’ve been through the process before, and for helping grow the game by fitting players who’ve never been fit, demonstrating what’s possible. “We’re delighted that so many PING-authorized custom-fitting facilities, large and small, across the nation, are providing a superior service so golfers can get the most from their game,” Solheim said. “These fitters emphasize to their customers that it’s about hitting quality shot after quality shot during the fitting. A single shot should not be the basis for making a buying decision. The goal of the fitting is to consistently hit shots that are long and straight that have the proper ball flight while achieving the tightest dispersion patterns. Once a player does that, their confidence goes up and their scores come down.”
Posted by Blogger at 10:41 AM