(LIBERTY CORNER, N.J.) - Two-time U.S. Women’s Open champion Karrie Webb, of Australia, has received a special exemption into the 73rd U.S. Women’s Open Championship, which will be conducted May 31-June 3 at Shoal Creek in Alabama. 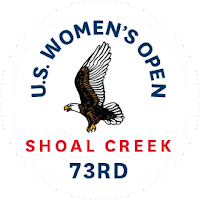 Since her 10-year exemption for her 2001 victory expired following the 2011 U.S. Women’s Open at The Broadmoor in Colorado Springs – where she tied for sixth –Webb has earned a place through other exemption categories every year since. Webb’s 22 consecutive Women’s Opens entering this year is the longest active streak. Last year, Webb tied for 44th at Trump National Golf Club in Bedminster, N.J.

Pak was the last player to receive a special exemption into the U.S. Women’s Open, in 2016 at CordeValle in San Martin, Calif. The two most recent special exemptions before Pak were given to Juli Inkster in 2013 at Sebonack Golf Club in Southampton, N.Y., and Laura Davies in 2009 at Saucon Valley Country Club (Old Course) in Bethlehem, Pa. Davies is the most recent to make the cut, finishing T17. Amy Alcott’s sixth-place finish in 1994 at Indianwood Golf & Country Club in Lake Orion, Mich., is the highest finish for anyone given a special exemption.

Webb’s runaway 2001 win at Pine Needles represented the largest margin of victory in 21 years, since Amy Alcott finished nine strokes ahead of Hollis Stacy in 1980. The record is 14 strokes by Louise Suggs in 1949. Her victory at Pine Needles made Webb the seventh player to win back-to-back Women’s Opens.

“To have a comfortable walk coming up the 18th again is a dream come true,” Webb said after her 2001 victory. “It’s even more special to repeat.”

Online entry applications for the 2018 U.S. Women’s Open began on March 7 (champs.usga.org/index.html), and continue through Wednesday, April 25 at 5 p.m. EDT.

More information about the 73rd U.S. Women’s Open before, during and after the championship is available at uswomensopen.com, where several flexible ticket options are available for purchase.
Posted by Blogger at 12:17 PM