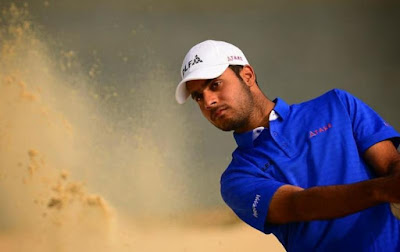 (RELEASE) - Fred Ridley, Chairman of Augusta National Golf Club has announced that 21-year old Indian Shubhankar Sharma has accepted an invitation to compete in the 2018 Masters Tournament. The decision comes following a series of impressive performance from Sharma in the last four months, including two European Tour wins at the Joburg Open in December and the Maybank Championship in February. His performance at last week's WGC Mexico Championship, where he led after 36 and 54 holes, seems to have persuaded Ridley to extend him the special invitation.

"Golf is a global game, and throughout our history we have extended invitations to deserving international players not otherwise qualified," Ridley said. "As his results have proven, Shubhankar Sharma is a remarkable young player, and we look forward to welcoming him to Augusta National in April."

Ranked 66th in the world, Sharma will be making his first ever appearance at the Masters. He will join fellow Fenix XCell ambassador Kiradech Aphibarnrat in the field, as the two men, currently ranked 1st and 5th on the European Tour Race to Dubai respectively, bid to become the first ever Asian player to put on the green jacket.

To see Fenix XCell's new Spring/Summer 2018 Collection, the Kiradech Collection, accessories and more, visit the website at www.fenixxcell.com.
Posted by Blogger at 4:23 PM