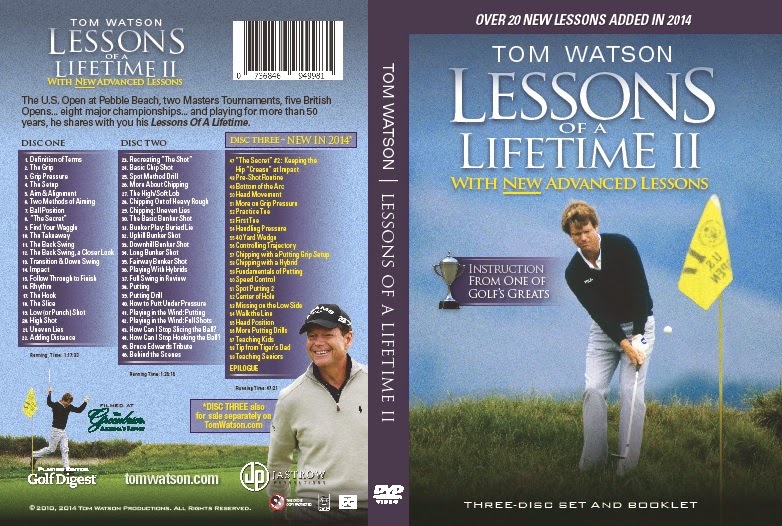 (Westwood, Kansas) - As the Ryder Cup approaches, the game is clearly on the minds of golfers. Case in point: More than 77,000 sets of 2014 U.S. Ryder Cup Captain Tom Watson's "Lessons of a Lifetime" and "Lessons of a Lifetime II" DVD Sets combined have now been sold in 45+ countries - making it one of the best-selling golf instruction programs ever.

The proof is in the numbers. From surveys conducted in 2012, 2013 and 2014 with more than 2,000 responses, 88 percent of "Lessons of a Lifetime" buyers surveyed indicated that the DVD Series had improved their game.

In 2014 Watson released "Lessons of a Lifetime II" which added over 20 new lessons to the popular original that was released in 2010. These new lessons cover many advanced topics, including Tom's second secret to the golf swing, pre-shot routine, the importance of the bottom of the arc, head movement, getting maximum benefit at the practice tee, handling pressure, the 40-yard wedge shot, controlling trajectory on chips, chipping with a putting set up, and much more.

These instruction programs were filmed at The Greenbrier Resort. A portion of the proceeds from all sales will be contributed to the Bruce Edwards Foundation for ALS Research.