(Phoenix, AZ) - Professional Golfer, Brian Cooper has agreed to serve as an ambassador for Devereux.

"I am excited to partner with Devereux and to wear their clothing on and off the golf course."  Cooper said in a statement.  "They have a style all their own, a lot like myself, and I think we are a great fit.  Plus, their shirts perform on the course better than anything I have worn in the past." 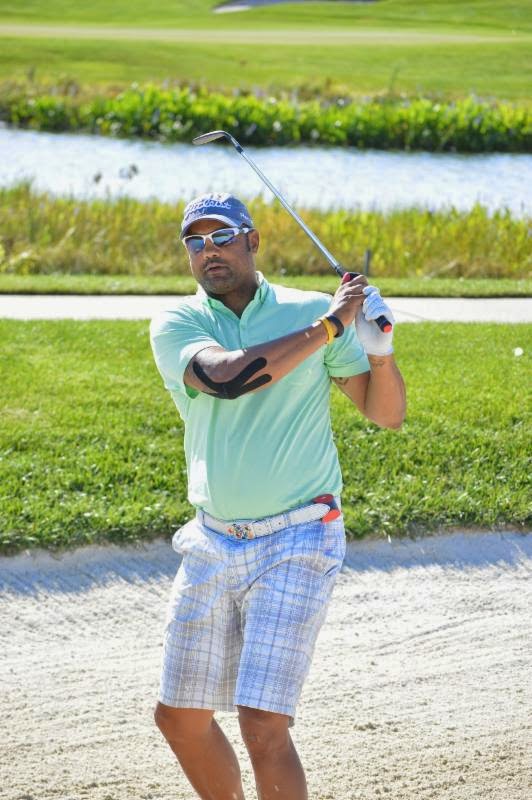 Cooper was a past contestant on the Golf Channel's Big Break Greenbrier and Big Break Puerto Rico.  On Big Break NFL Puerto Rico, Cooper and his playing partner, Shannon Fish, were paired with a NFL Hall of Famer and they competed against five other teams for a chance to play in the St. Jude Classic in Memphis, Tennessee.  Cooper and Fish lead their team to the finals undefeated, but fell just short of their ultimate goal.  This golf season, Cooper has played in several professional events on the west coast and on the PGA Latinoamerica Tour while he continues chasing his dream of playing on the PGA Tour.  Cooper just recently returned to the Greenbrier where he competed in the Sam Snead Invitational and finished in first place for the second year in a row.  Later this month, Cooper will return to Pittsburgh to compete in the Frank Fuhrer Jr Invitational and Ben Roethlisberger Foundation Invitational Golf tournament.

Devereux was founded in 2013 by brothers and avid golfers, Robert and Will Brunner.  The Brothers state on their website "We understand the fashion challenges faced by men today, because we feel them too.  Whether out on the course or out on the town, you want proper threads. We went looking for clothes that could bridge the gap between modern men's fashion and progressive golf styles.  But we came back empty-handed.  Armed with determination and inspired by Hogan, Palmer and Player - great players and great dressers - we set out to create what we could not find.  The stuff legends are made of."  With that in mind, they went looking for professional golfers that fit their style and feel they found that in Cooper.  "We are very excited for Coop to wear our clothing on the golf course.  We want to support him in his pursuit of the PGA Tour."

To view the collection, visit dvrxgolf.com.
Posted by Blogger at 10:00 AM