Lou Holtz Talks Life, Football and Golf with David Feherty on the Next Episode of Feherty 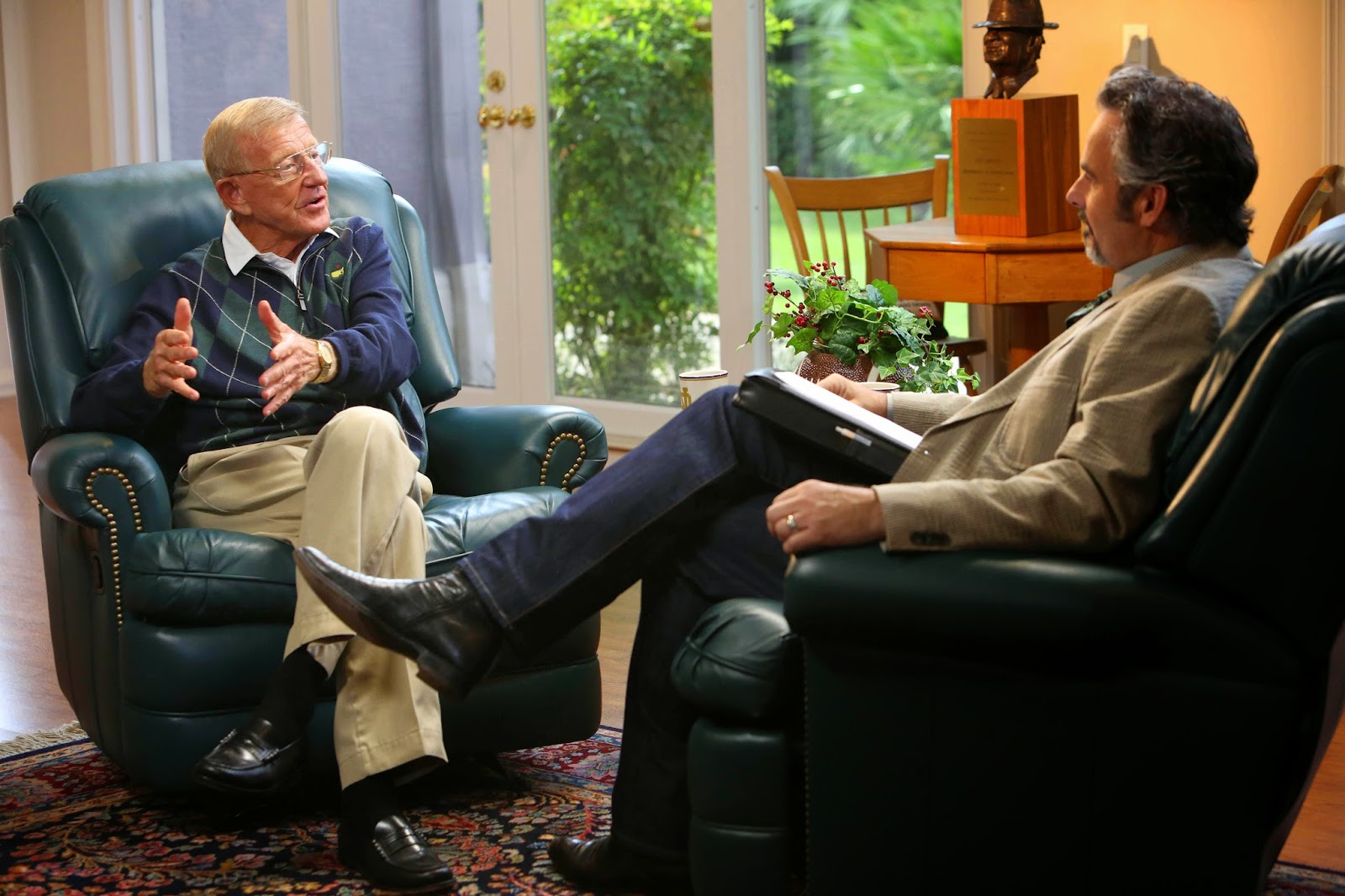 With a razor-sharp sense of humor that keeps Feherty on his toes, Holtz spends an hour with the Emmy Award-nominated Feherty discussing a long list of topics from football to why golf plays such an important role in his life. A man of unflinching values and a commitment to demand the best of himself and others, it doesn’t take long for Feherty to realize why Holtz was the perfect fit to coach the University of Notre Dame football program to new heights during an 11-year career that was highlighted by a 1988 national championship.

Shot on location at Holtz’s home in Orlando, Fla., and on the University of Notre Dame campus, the conversation reveals that Holtz has built a legacy on much more than just football. His motivational speeches have inspired millions and his latest venture as an ESPN college football analyst keeps him connected to America’s youth.

On the golf side, Holtz explains how the game has revealed many lessons in human nature that spill over into everyday life and featured is video of him playing with his former Notre Dame running back, Jerome Bettis. Other topics of conversation include his years as an assistant under another football coaching legend, Woody Hayes, at The Ohio State University, and his single year coaching “Broadway” Joe Namath and the New York Jets. The two also share a laugh when Feherty pulls out the April 21, 1986, issue of Sports Illustrated magazine featuring Jack Nicklaus on the cover – a cover that originally featured Holtz as the new Notre Dame hire before it was changed to instead feature Nicklaus’ surprising Masters victory at the age of 46.

Feherty also visits the Notre Dame campus with Coach Holtz to shoot stand-ups for the episode as the Fighting Irish prepare for their final clash with their rival, Michigan Wolverines.