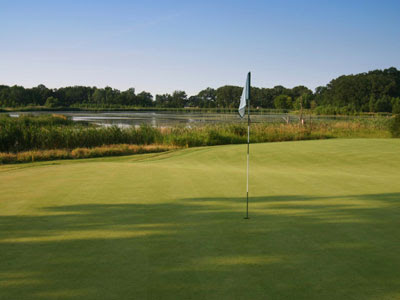 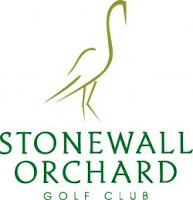 "Medinah was by far the biggest win of my career," Hohenadel said. "The 65 was my career low for any round. I was really playing some good golf all summer but hadn't played in many tournaments so no one really saw me coming or knew who I was."

On rotation with Medinah and Olympia Fields as IPGA Section Championship site, Stonewall Orchard is a daily fee facility that serves as a formidable host to the event. Designed by Arthur Hills and first opened in 1999, Stonewall has hosted previous IPGA Championships and has served as a final stage qualifying site for the U.S. Open.

"I played Stonewall for the first time a couple months ago, and I found the course difficult but a lot of fun," he said. "It should be a good test, and I'm looking forward to it. I have felt a little more pressure this season playing in tournaments. I feel like I have something to prove and that last year's win wasn't a fluke."

The Illinois PGA Championship returns to Stonewall Orchard GC after a two-year hiatus. In 2010, Olympia Fields Country Club hosted the event on its South Course, where Mike Small, men's head golf coach at the University of Illinois, cruised to an 11-stroke victory, firing a 3-day score of 200 (70-63-67). The last time the Championship was at Stonewall Orchard GC (2009), Small was victorious there, as well. He posted a three-day total of 9-under par, six strokes better than runner-up Jim Sobb, PGA head golf professional at the Ivanhoe Club in Mundelein, Ill.

"Stonewall Orchard continues to be one of the key facilities in our rotation of courses hosting our Illinois PGA Championship," said Michael Miller, Illinois PGA executive director. "This year's tournament will mark the fifth time we've hosted our championship there, and each time it has proven to be a great test of golf to determine our Illinois PGA Champion. I have no doubt PGA head golf professional Jeff Pajula and superintendent Larry Flament and their staff will present us with another great championship week."

The 2012 starting field will be comprised of 156 participants including six past champions. The first and second rounds will be Aug. 27 and 28, respectively, beginning at 7:30 a.m. off the first and 10th tees, followed by the final round Aug. 29.