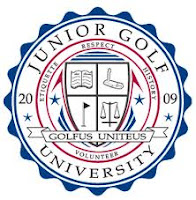 Established nearly 50 years ago in Denmark, ECCO is one of the world’s largest and most innovative footwear manufacturers. Its golf shoes dominate the premium category globally and are worn in competition by a broad range of top-ranked men’s and women’s tour players.

“The PING Junior Interclub is a great fit with the ECCO philosophy of providing an exceptional consumer experience,” remarked David Helter, Sales Director, Specialty ECCO USA. “Its success is rooted in a unique approach that grows the game while providing junior golfers with a true tournament atmosphere.”

The PJI tournament series is managed by JGU, a 501 (c)(3) non-profit organization located in Phoenix, Ariz.

“We are thrilled to have ECCO as a sponsor of the PING Junior Interclub,” stated John Souza, Executive Director of JGU. “They manufacture an outstanding product and recognize the need to provide opportunities for junior golfers – the future of the game.”

The PJI provides junior golfers (boys and girls, ages 12-18) with team-based tournaments. Five-person teams are formed by private, public and resort-style golf courses. Each team competes in four or five PJI Divisional tournaments, one event hosted by each course within a Division. Top team and individual finishers within each Division advance to post-season play.

JGU provides online tournament management for PJI events and administrative support to PJI teams. In 2008, eight teams from the Phoenix area participated in the first season of the PJI. The program has experienced tremendous growth, expanding in 2012 to 70 teams with over 500 junior golfers in three states.

The PJI is nationally sponsored by PING Golf and is headquartered in Phoenix. ECCO joins Aldila, CMC Golf, Golfweek, New Era and Under Armour as a sponsor.