'Golf's Grand Design' traces golf course architecture from the 1880s through the current era, with Dunes Club being among the best known and influential layouts

(Myrtle Beach, S.C.) - The Dunes Golf and Beach Club and its renowned architect Robert Trent Jones, Sr., are featured as part of an hour-long PBS television special that will air statewide at 9 p.m., Aug. 3, on the South Carolina ETV Network. The program, "Golf's Grand Design," traces the history of golf course architecture from the 1880s through the modern era and highlights the game's best-known and most influential courses. 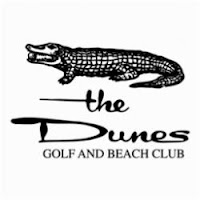 Beginning with the Scottish influence in the early years, the program documents significant periods of golf course architecture: the Golden Age of the 1920s; the dominant influence of Jones in the post World War II era; and the brilliant contemporary designers of today.

"Golf course architecture and golf courses are so varied. It is a form of art," said designer and golfer Ben Crenshaw in promotion of the show. "A lot of people consider it high art because it is on the world's largest canvas. Much like a painter, each of these people leave brushstrokes of their imagination on the property."

The Dunes is considered one of Jones' masterpieces, and it is included along with other historical golf treasures such as National Golf Links of America on Long Island (N.Y.), Van Cortlandt Park in the Bronx (N.Y.), Augusta National in Georgia, Pinehurst No. 2 in North Carolina and Bandon Dunes in Oregon.

"We are proud to be recognized as one of the best and most influential golf courses in the United States, "said Dennis Nicholl, Dunes Club head professional. "This classic Jones layout that opened in 1949 certainly has stood the test of time. It is a lasting legacy to one of the game's greatest architects."

There are many favorite golf holes on The Dunes course, but most golfers will claim the par-5 13th hole that curves left to right around Lake Singleton as their most memorable. It has earned the nickname "Waterloo."

"I was able to work with the water on several holes, including the 13th," said Jones in the book Golf's Magnificent Challenge, published in 1988. "That became one of the world's famous par 5s and perhaps the best example of my philosophy and architecture."

The Dunes is also the only beachfront golf course in the Myrtle Beach area, and it has been awarded numerous regional and national championships, including the Senior PGA Tour Championship and a U.S. Women's Open.

For more information about the Dunes Club, visit TheDunesClub.net .